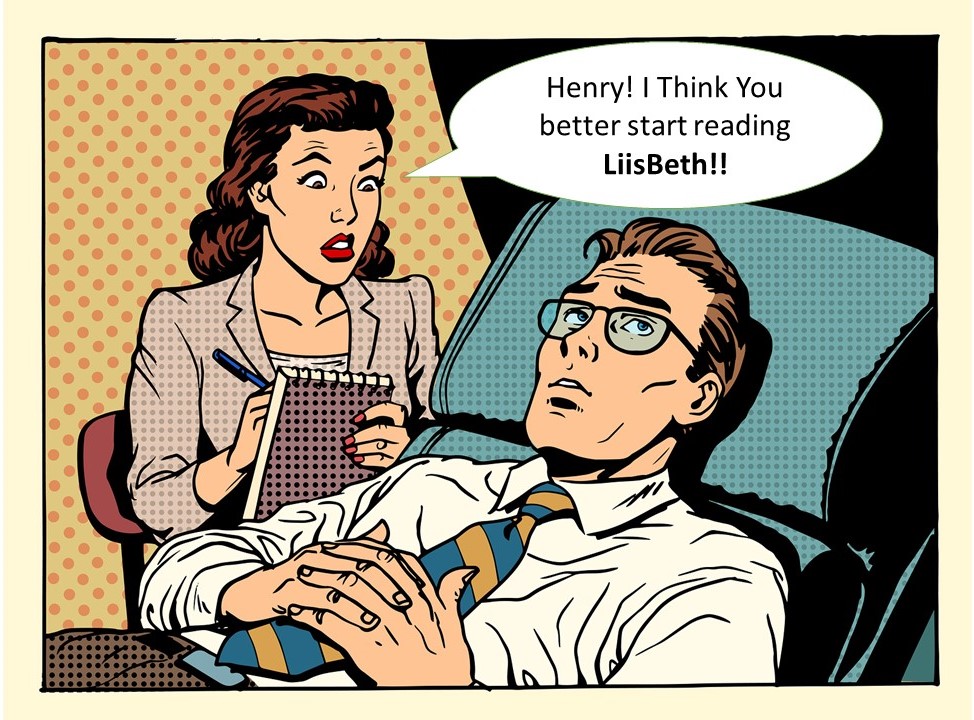 Wondering what gift to buy for the questioning feminist in your life this holiday season? How about a subscription to LiisBeth! We’re not just a digital magazine – we’re a new conversation and community – we guarantee you won’t find anywhere else.

We already know that women and gender non-conforming entrepreneurs as a demographic experience social bias-induced barriers to success, including increased difficulty in raising capital and lack of inclusive startup incubator or accelerator environments.

But what is the experience like for women of colour? Especially here in Toronto? This week on LiisBeth, rock star contributor and entrepreneur in her own right, Priya Ramanujam, shares with us her experience as a racialized woman entrepreneur launching a startup in Toronto in her piece “Not Your Incubator’s Entrepreneur (And That’s Your Loss).

Toronto has been voted one of North America’s best startup citiesdue to the seemingly abundant government and private sector support, plus access to capital—but it turns out these resources reach only the privileged few. As Ramanujam notes, “as racialized people in our early 20s and coming from one of Toronto’s ‘priority’ neighbourhoods, my business partner and I would not have seen ourselves as the ideal candidates for such support.

The fact that Priya and thousands like her experience the publicly funded startup and entrepreneur support system this doesn’t serve society – or the economy.

Just last week, the Ontario Women’s Enterprise Group released its set of baseline recommendations that we believe will help set the foundation we need to unleash the true potential of women entrepreneurs in Ontario, and in turn, catapult Ontario’s and Canada’s economies forward.

Sometimes you just have to go with it.

And that’s exactly what we did when Ontario Premier Kathleen Wynneinvited an attendee (me) at Ladies Who Launch event on March 29, 2016 to give it to her straight about Ontario’s policies on women’s entrepreneurship during the post-event scrum.

Women entrepreneurs should be on the Liberal government’s policy agenda. We are doing too little to close the gender and diversity gap in our startup and accelerator ecosystem, and that means we are losing significant economic growth potential. Strategies to help us close the gap need to be implemented,now.

Premier Wynne sounded genuinely intrigued, and suggested that we “get our group together” and arrange for a more formal briefing with her and her policy advisory team. “Of course!” I said, and we exchanged contact information. The only trouble was, there was no group at that time. Or agreed upon strategies. But as every entrepreneur knows, when opportunity knocks, you have to answer! So phone calls were made, emails sent, and soon after, a “pop-up” advocacy collective was formed.

It’s how entrepreneurs—and especially women entrepreneurs—work: fast; collaboratively; fuelled by coffee, humour and dark chocolate; and with little (and in this case, zero) resources.

With sleeves rolled up and individual agendas set aside (which admittedly took some work), we opened our minds, shared perspectives, exchanged data and information, and most importantly, laid 250+ years of collective wisdom on the table. Perhaps another indication of the need for a province-wide strategy and integrated approach was the fact that many of us had never crossed paths before, despite all working in the same space, and towards the same ends.

The composition of the group was intentionally diverse and included both long-time and new-to-the-scene players from across the province who are shaping the women’s enterprise space in Ontario. You may recognize some of the names, like Barbara Orser and Catherine Elliott (both at the Telfer School of Management, University of Ottawa and co-authors of Feminine Capital), Vicki Saunders (SheEO), Julia Deans (Futurpreneur), Rosalind Lockyer (PARO), Kristel Manes (Rhyze Project), Marissa McTasney (Moxie Trades), Marjorie Brans (School for Social Entrepreneurs—Ontario) and Rhona Reuben Levine (Women Presidents’ Organization). But there were also newbies, including Mellie Chow (Charge-In study), Pramilla Ramdahani (Durham Community Innovation Lab) artpreneurAllison Hillier, and 26-year-old Mithula Naik, who completed her thesis last spring on Canadian women entrepreneurs and their role in shaping the definition of social entrepreneurship.

We met for the first time in May in downtown Toronto at Ember, the Toronto Business Development Corporation’s women’s enterprise workspace and program, which is now, ironically, defunct and serves as a case in point. Many players in the startup ecosystem simply don’t get the opportunities they need as women entrepreneurs, and many people don’t understand how to truly unleash the power of women entrepreneurs.

The report essentially calls for more and larger tranches of investment in women-led ventures, the creation of a women’s entrepreneurship scorecard, plus an increase in support for women-led, women-centric programming, which we believe can more effectively advocate for and advance the development of women entrepreneurs. You can download the full document of our recent recommendations here.

Read it. Share it. Use it to start conversations in your community and workplace about how to better unleash the potential of women innovators and entrepreneurs in our society, regardless of where you live.

Let’s just get the job done.

Got feedback? Have questions? Want to join the conversation? Don’t hesitate to email myself (founding chair) at publisher@liisbeth.comor any of the 18 members listed in the report, or visit our website at http://ontariowomensenterprise.weebly.com/

Related story: BUSINESS LEADERS CALL ON TRUMP AND CLINTON TO DO BETTER FOR WOMEN ENTREPRENEURS (Nov 1, 2016) 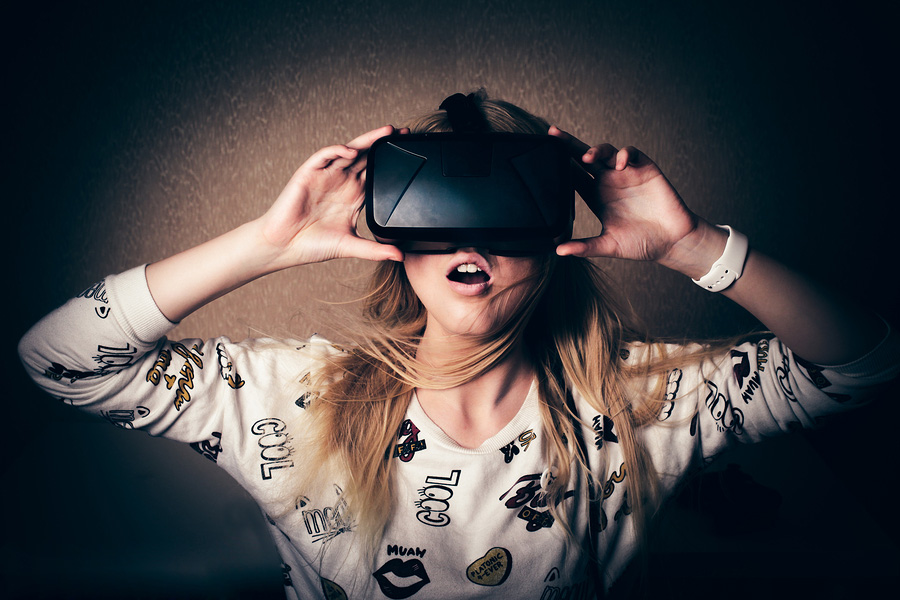 Are you ready for the next big technological shift?  Does VR, AR or Occulus Rift mean anything to you?

These are just a few of the acronyms and words that punctuate a lot of conversations related to virtual reality storytelling at Ryerson University’s Transmedia Zone, LiisBeth’s new home for the next several months.

At first, I paid little attention, thinking this new technology was just creating more ways to amuse ourselves to death. And I could not imagine how feminism or LiisBeth might be able to leverage these technologies in ways that advance, rather than distract, society, let alone help us tell our stories with impact.

But I am starting to have second thoughts, especially after seeing “Across the Line“, a virtual reality (VR) film that lets the viewer become immersed in a realistic, 360-degree experience of what it is like to visit a Planned Parenthood clinic lined with protestors unleashing torrents of verbal harassment and carrying posters that read “Killers Among Us”.

A Newsweek article on this immersive VR experience suggests that immersive VR and its cousin, augmented reality (AR) can “positively affect a person’s theory of mind—the cognitive ability to take on different perspectives and assess other people’s emotions, beliefs, hopes and intentions.”

Belief in the power of VR’s non-gaming potential is being widely explored across many sectors. There are many empathy-oriented projects underway, such as “The Machine To Be Another”, an open source art investigation that allows people to experience what it’s like to “see through the eyes of another.” For example, you can see what it’s like to be very old, or a newcomer.

There is also the work of Nonny de la Pena (@immersivejourno), a journalist, who uses VR to allow viewers to experience real life current affairs for themselves. Her idea is this: “If viewers can ‘feel’ the power of gunfire overhead in Syria and ‘stand’ shoulder to shoulder with grieving Syrians in the aftermath, they’ll understand these tragedies from the inside, not as just another headline.” Her hope is that this will change peoples’ perspectives about war.
And finally, there is the Stanford Virtual Human Interaction Lab, and the study they have underway called “Empathy at Scale”, which helps participants imagine the experience of being homeless.

The overarching idea that underpins all these projects is this: VR can teach empathy like no other medium can. More empathy equals a better world. If this turns out to be the case, then perhaps VR and AR may even become part of LiisBeth’s storytelling pallet and entrepreneurs’ marketing programs in the future, once production costs and timeframes make commercial application practical.

It may just be a matter of when, not if.

(FYI! You will be hearing more about our learnings and experience at the Transmedia Zone in coming issues!)

Hot off the Press

At WEConnect’s Power the Economy conference on Nov. 7 opening keynote speaker Barbara Orser said “..multiple studies suggest Canadians are among the most entrepreneurial citizens in the world”. And as one of the world’s foremost entrepreneurship scholars, she ought to know.

“We know Canadian women entrepreneurs are just as innovative [as men], but we also know that women-owned firms are far less likely to benefit from investment in innovation, ” said Orser during her address to the over 150 women entrepreneurs in attendance. Heads nodded as Orser continued “Given the federal government’s new innovation policy and coming spending announcement, this is about to become a very significant and consequential issue”.

Instead of closing the gender gap, Canada’s approach to innovation could actually widen it. Orser’s advice? She suggests that policymakers consider three changes to how Canada manages its innovation investment spending:

1) Expand the definition of innovation to include the full spectrum of innovation, including social, process, adapting new technologies, and service innovation; in other words, the kinds of businesses that women are most likely to be engaged in.

2) More policy risk-taking and improvement on how entrepreneurship and innovation programs are supported. There needs to be an increase in the amount of funding tranches available to women-owned post-startup, growth-ready firms.

3) We need to increase support for women-led, women-centric entrepreneur organizations.

4) Government-funded entrepreneur support programs must evolve to change how they are assessed. For example, the start up and innovation ecosystem does not adequately report on performance via a gender lens. This needs to happen.

In Orser’s view, “All kinds of innovations count. Innovation and export drive growth.” And addressing the gender gap in the innovation space will accelerate the growth of the Canadian economy.

On Wednesday, the Canadian Federal Government is expected to make a welcome funding announcement to better support women entrepreneurs in Canada. Let’s hope they spoke with Barbara first.

Other Facts to Consider from Orser’s Keynote:

Drum roll please! LiisBeth’s Reader Survey results are in!  First, thank you everyone!! You told us what we needed to know. We learned a lot! And we are already acting on your suggestions.

What will we tackle first? The Font. Launching a LiisBeth podcast series. And throughout 2017, increasing our publishing frequency as fast as revenue growth and new investment will allow. We are keen to support more writers, editors, illustrators and other content creators. But it takes money to do it. You can do your part by signing up as a paying subscriber (subscriptions start at just $3/month) and spreading the word!

Oh, and as promised, in appreciation for your participation in the survey, LiisBeth will be making a donation of $1 per completed survey to Oxfam’s I Am A Feminist campaign. We are also sending you our heartfelt digital hugs!

That’s it for this dispatch! Please send us your comments, story tips, concerns, or even kudos if warranted.  We like to know we exist and matter!

And if you have any questions about or for LiisBeth, or story tips, send your inquiries to publisher@liisbeth.com.

See you again in two weeks.

Creating informed and inspirational content to support feminist changemaking takes hundreds of hours each month. If you find value and nourishment here, please consider becoming a donor subscriber or patron at a level of your choosing. Priced between a cup of coffee or one take out salad per month.
<< PreviousNot Your Incubator's Entrepreneur (And That's Your Loss)
Next >>Have Yourself A Merry Little
All-Inclusive Holiday Season