What happened to the she-covery? Just a few months ago, everyone was talking about the she-cession and the she-covery, terms coined by feminist economist Armine Yalnizyan, but in the recent leaders’ debate not one word was uttered about the significantly greater job and income losses faced by women. Even childcare, the most substantive debate in the election—and I would argue the most important issue for women—barely got a mention in the debate.

In economic terms, women and racialized people have been most affected by the COVID-19 pandemic. Women suffered 63 per cent of job losses as of March 2020 and even as the economy rebounds women lag behind by 15 per cent.  The three industries hardest hit by job loss in the pandemic are all female-dominated. Women account for 82.4 per cent of the workforce in health care, 69.3 per cent in the education sector and 58.5 per cent in the food
services.

You may remember the excellent paper recently put out by Yalnizyan and other feminist intellectuals and activists on the Care Economy. It is a call to recognize the centrality of the care economy as not only essential to our health and well-being, but also as a social infrastructure “that delivers economic stability and growth,” and “is a shared responsibility, not just a personal one.”

The care economy accounts for more than 21 per cent of all paid labour and 12 per cent of Canada’s GDP. That’s more than the oil and gas, auto, or manufacturing sectors. For all the talk from Justin Trudeau of a feminist government, Canada spends only 18 per cent of national income on social services—which is less than we did in the 1990s when we spent 20 per cent—and our population is aging more than before. Canada spends $46 billion a year on social spending, or 2 per cent less than other G7 countries. The NDP is the only party proposing a wealth tax to raise the money needed to improve wages and working conditions in the social services.

But there has been very little debate on social spending, health care, education, long-term care or childcare so far in the election. These may be provincial responsibilities but the federal government has an important financing role and can impose national standards. The leaders’ debate was a lost opportunity for a thorough discussion of the difference between publicly funded universal non-profit childcare and tax credits for parents. It was more bickering than debate so let’s look at some of the key issues in this upcoming election as they affect women and gender-diverse people.

Both the Liberals and the NDP agree on a publicly funded, high quality, affordable, and mostly non-profit childcare system. Those who, like myself, think the Liberals never saw a promise they couldn’t break, know that $30 billion for childcare was included in the last budget and eight provinces have already signed on. This was more money than any childcare advocate had asked for. It was a huge victory for the women’s movement, who have been fighting for a childcare system like this for 50 years.

The good news is that even the Conservatives and the corporate lobby industry support childcare today. Economists have shown without a doubt that an affordable childcare system is good for the economy and COVID-19 has made that even clearer. The question now is how to fund it. A Conservative victory would be a catastrophe for childcare because they are proposing tax credits. Economist Gordon Cleveland has crunched the numbers for Ontario and there is no doubt that the Conservative proposal saves little money for most parents. Even worse, it won’t create a single new childcare space.

Affordable childcare is essential for women, care givers, and children. One thing this pandemic has revealed is that women, including those who make more money their partners, still carry the primary responsibility for child rearing. In Ontario, where we have a patchwork system and tax credits, only half of pre-schoolers received care from someone other than their parents. In Quebec, which has a publicly funded system, that figure is 75 per cent.

The Conservatives have said their proposal would encourage more flexibility in childcare because families would have the money but that is simply not true. Unless there are regulated childcare spaces, there is no flexibility in childcare options. Tax credits don’t create even one additional childcare space, and we already know that the market economy doesn’t deliver universal childcare. Flexibility is an especially important issue for self-employed people and shift workers, and this will be the next step in developing the childcare system we need and will get—if the Conservatives are defeated.

The other key issue dependent on a feminist defeat of the Conservatives is abortion. Erin O’Toole says he’s pro-choice but the majority of his caucus is anti-abortion. They won’t make abortion illegal but they will do everything within their power to restrict access to it. As we saw in Texas, you don’t need to criminalize abortion to restrict access to this healthcare. And while the Liberals and the NDP are willing to use the Canada Health Act to ensure abortion access, the Conservatives refuse to do so. In fact, the Conservatives are against any national standards, including in long-term care funding. The long-term care catastrophe in the first wave of COVID-19 was much worse in for-profit homes. Only the NDP will make sure federal money goes to non-profit homes.

The Liberal and NDP platforms talk about violence against women but don’t propose anything substantial to reduce it. In my view, the only way to reduce violence against women is to stop relying on the justice system to do this work. I have been involved in battles to strengthen the laws and to educate judges and cops, but the system remains deeply patriarchal and racist. Public attitudes towards gendered violence have changed, but the rate of violence has not gone down. I think we need an intersectional approach that joins the Black Lives Matter movement in calling to defund the police. Money reacquired by defunding the police can in turn be used to fund shelters and rape crisis centres; to create programs and develop resources to change social conditions that encourage violence and sexism among young men; and to educate all boys on gender equality. We need a systemic approach to violence against women that also recognizes and addresses the deep sexism and racism embedded in both our justice system and our culture.

Despite the powerful rise of an anti-Black racism movement, only the NDP has a proposal in place to deal with systemic racism. They also have the best proposals regarding Indigenous rights, and are promising $3 billion in funding to move towards reconciliation.

In the final days of the election campaign, the Liberals have told us that a vote for any other party is a vote for the Conservatives. This is utter bullshit. Studies have shown that strategic voting doesn’t work. Last election the Liberals promised to move toward proportional representation where votes are more accurately reflected in parliamentary seats. Another broken promise. History shows that the only way we get a more progressive agenda is if the Liberals face pressure as a minority government.

Vote for the candidate you support. Having strong local and progressive representation in government matters. 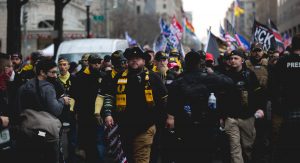 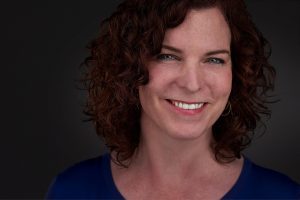 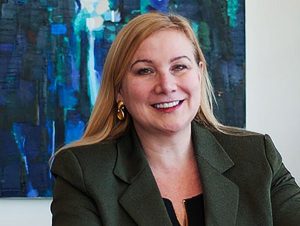