The assault on Congress on January 6 has provoked extensive discussion about the rise and breadth of the far right in the United States. But what of Canada?

Well, I can tell you that I once received a bullet in the mail at my home in Toronto, one of twelve “prominent Jews” in the city to get that threat, serious enough for a police investigation. That was 1994, and I had just stepped down as president of the National Action Committee on the Status of Women.

Like many negative things in our history we don’t like to talk about, Canada has always had fascists in our political spectrum.  They had enough influence during World War II for the government to turn away a boatload of Jews fleeing the Nazi holocaust in Europe. Since Trump’s election in 2016, fascism — or at least far-right extremism expressing white supremacy, racism, anti-Semitism, and misogyny — has been on the rise in Canada.  As reported in NOW Magazine, there are now 300 far-right extremist groups in Canada, 30 percent more since Trump came to office. Canada is among the most active countries on white supremacy discussion forums, just behind the U.S. and Britain.  Anti-immigrant and anti-Muslim sentiment has been on the rise. A 2019 EKOS poll found that some 40 percent of white Canadians now view immigration as a “threat.” And there has been more than a 700% increase in anti-Asian hate crimes in Vancouver since Covid hit.

So how do we stem the rise of fascism and far-right extremism, even turn it back? From the 1980s, I was deeply involved in a battle to secure the most important victory the women’s movement in Canada has ever had – the legalization of abortion. There are important lessons to be gleaned from that struggle that might serve us well in the battle against white supremacy and neofascism.

The pro-choice movement faced a well-organized, ideologically rigid, anti-feminist, fanatical anti-choice faction not afraid to use violence and threats, and it had ties to both Church and the Conservative Party.

Beginning with the Abortion Caravan in 1970, pro-choice activists waged a nearly 20-year struggle — in the streets, in the courts and in the legislature, until the Supreme Court of Canada struck down the abortion law in a landmark decision citing women’s right to privacy—in effect women’s rights to control their own bodies.

I got involved in the struggle in the fall of 1981, when Carolyn Egan and her co-workers in a birth control centre called a community meeting with the idea of opening an illegal abortion clinic to challenge the law, along the model of Dr. Morgentaler’s in Montreal, which had been virtually legalized by the Quebec government after three juries acquitted Morgentaler of breaking the restrictive abortion law.

In Toronto, white middle-class women with connections had some access to abortion under the 1969 law, but birth control workers realized that poor women, immigrant women, rural women, and young women, couldn’t get access. So, they sought to open an abortion clinic and build a movement to support it. The Ontario Coalition for Abortion Clinics (OCAC) brought together pro-choice groups to generate public support, even before the clinic opened. A rally of 1,000 people at a downtown auditorium, featuring Dr. Henry Morgentaler and activist/journalist June Callwood, kicked off the campaign.

The mass movement in the streets was key, but so was our community work. We would speak and debate the anti-choice anywhere and everywhere. I don’t think I’ve been in as many churches in the 30 years since that time. While it’s hard to change the mind of a true believer, you can convince their followers. For instance, a lot people opposed abortion for religious  reasons and fell prey to the anti-choice movement’s distortions of the procedure. We faced that head on.

In the fall of 1982, we introduced a resolution supporting the legalization of free-standing abortion clinics at the Ontario Federation of Labour convention. It was controversial but we mobilized almost all the women in the room to line up at the microphones to support it; the ones who spoke were passionate about the importance of the issue to working-class women.

The clinic opened in June 1983 on Harbord Street in downtown Toronto. Dr. Morgentaler arrived in the afternoon. It was my job to escort him across the street, which was crowded with both supporters and reporters with a huge bank of cameras waiting for something to happen. And it did. Half way across the street, a man leapt out at Dr. Morgentaler, threatening to stab him with garden shears. I blocked the attack and chased the man down the street. Courage in the face of threats and attacks is a must in fighting fanatics. Not everyone is able to do that, but some people have to and the rest have to back them up. Those of us who were spokespeople would get threats regularly at work, at home and sometimes in the street. Part of the job of fighting right-wing fanatics is facing their threats.

Three weeks after the clinic opened, the police arrested Morgentaler and the two other doctors working there. Dr. Morgentaler closed the clinic until the trial. Once again, as in Quebec, a jury acquitted him. That outraged the anti-choice activists, and we had to confront them. As the Crown prepared their appeal, the anti-choice faction demonstrated regularly in front of the clinic and harassed women seeking a procedure. We deployed people to be there every day, to help the women through the lines and keep the anti-choice off the property. Direct action, we might call it today. Labour activists who knew how to hold a picket line helped us a lot.

A critical point came when the Catholic Church decided to call out their troops, asking priests to give their sermon on the evil of abortion and call on all their constituents to demonstrate in front of the clinic. Every day of that week, Monday to Thursday, 2,000 people, including children from Catholic schools, were bused in to demonstrate in front of the clinic. They garnered media coverage night after night.

Agree to Disagree, But Act

By this point, we had held many rallies, but none bigger than 2,000. We didn’t think we could mobilize that many people. A less radical but very important pro-choice group – the Canadian Association for Repeal of the Abortion Law (CARAL)—argued against mounting a counter demonstration, feeling it would make us look weak if fewer numbers showed up. OCAC discussed it and decided, whatever numbers, we had to fight back. Otherwise our people would get demoralized. We called a counter demonstration on Friday. CARAL was furious, but they pulled out all the stops trying to make to make the demonstration a success. At that moment, I learned something key about building a movement: You have to build broad coalitions with people you might disagree with, but it’s winning the struggle that matters. OCAC and CARAL had differences but both were committed to building the movement. Even though CARAL was sure the demonstration was a mistake, they knew once OCAC called it, they had to put everything into supporting it, even if it proved they were wrong. Here is another lesson: Unite in action, even if there are doubts.

In the days leading up to our rally, every media report of the Catholic protest announced the time and date of our rally as balance. People who had been quietly cheering on Dr. Morgentaler in the privacy of their own homes decided now was the time to show their colours. More than 15,000 people rallied at Queen’s Park, with people spilling out into the streets, then marched to the clinic. Until then, the anti-choice thought the majority sided with them, and I guess the government may have as well. But that night it was clear, as Henry had always said, “the people are with us.”

The pro-choice movement was the broadest and most successful social movement I have ever seen in Canada. We were able to turn back and marginalize a strong fanatical movement with strategies that might serve us well today in confronting the ugly rise of white supremacy and neofascism. 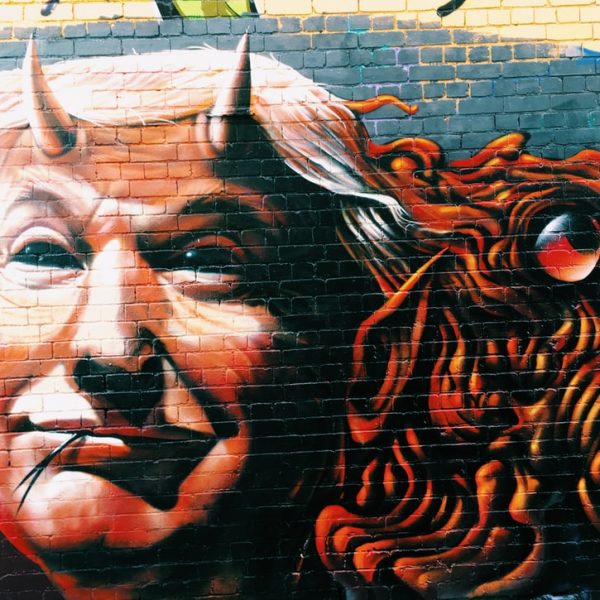 Photo by Jon Tyson via Unsplash.   Note: At the time of writing this, Trump refuses to accept the results of the US general election. 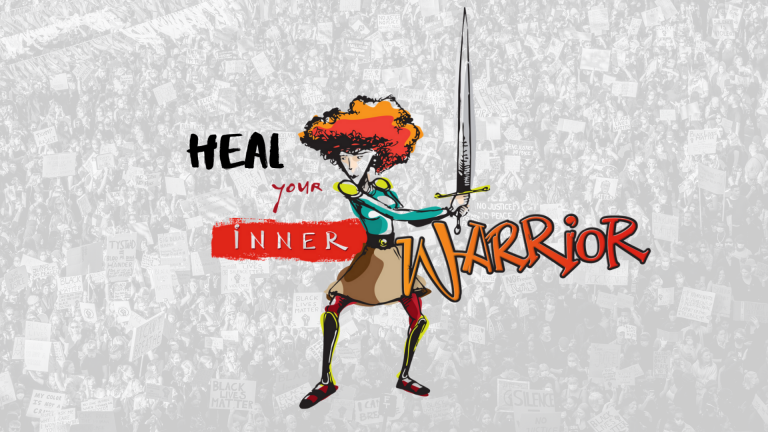 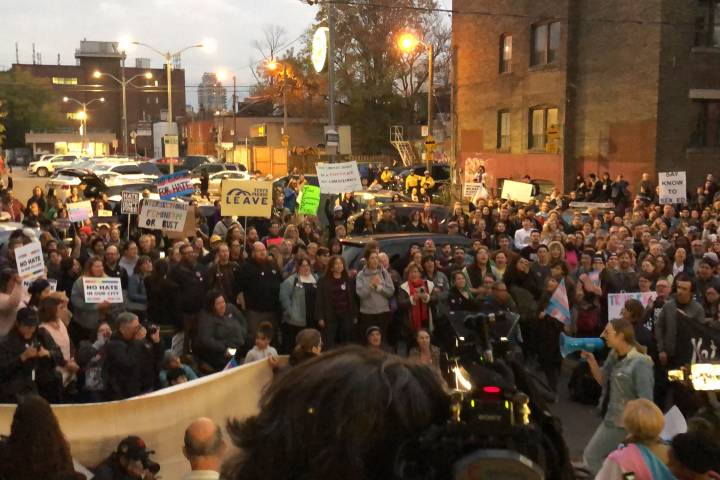