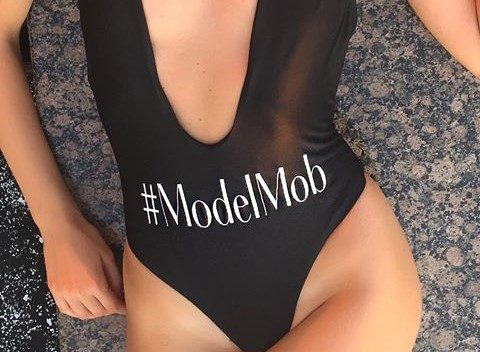 My mother was brilliant, and a chain smoker, a habit developed at a time when smoking anywhere, including the office, restaurants, and with kids in cars, was acceptable. But with societal costs exposed, views began to evolve. The acceptable became unacceptable. Whole industries had to transform.

At first, my mother refused to accept the change. She argued that “it was her life, a free country, and no “big deal”. She would light up mid-flight in the airplane’s restroom, thinking no one would truly care. Finally, one time, she was almost arrested. Lesson finally, painfully learned.

Similarly, today we are increasingly aware of the negative impact and rising cost of inequality and exclusion in our society.

Gender balance, diversity, and inclusive cultural practices are increasingly being recognized as the key to the development of a thriving innovation-based economy, and a better society for all. And while studies, stats and street-level accounts of lived experience tell us we still have a long way to go, we are seeing more examples of people in leadership roles working to challenge cultural norms and structures that fuel inequality.

In this year alone, Canadian Prime Minister Justin Trudeau created a 50/50 male-female cabinet, Ontario Premier Kathleen Wynne set 40 per cent gender diversity targets, and (whoa!) the Rotman School of Management launched a new Institute for Gender & The Economy and invited well-known feminist Andi Zeisler to speak to business students. Big tech conferences banning “booth babes” on the basis that it is indefensible in this day and age—and a relic of old enterprise.

We might even see a woman become President of the United States in November.

Sadly, the “Bro-Chairs” of the Spotlight Awards 2016, led by event host and newly appointed NEXT Canada CEO Razor Suleman, seem to be, like Donald Trump, living in their own reality. Change? What change?

Here is the latest of several examples.

While the concept of launching a Canada tech entrepreneur awards show is commendable, Suleman and his 11 co-chair male disciples, plus one lone woman (Angela Strange) exhibited astonishingly outdated judgment in its execution.

For starters, they chose to partner up with the startup Modelmob  to supply (free) booth babes to adorn and serve smiles at this awards event. Even Toronto Mayor John Tory and Minister of Innovation, Science and Economic Development Navdeep Singh Bains attended the event, seemingly without concern about the hiring of young arm candy as a ticket-selling draw.

Modelmob is a Tinder-style “hire me now” mobile app that makes it easy for those inclined to sign up as “models” and enables buyers to pick individual “models” to adorn their event, based on their pictures. They may then put them in a shopping cart, and check them out—just like you might buy books on Amazon. Suleman himself is reported to be a proud mentor to the male/female co-founding team. Their advertising says they aim to become the “Airbnb” for models, matching buyers with sellers. Some might say the app empowers women, but based on the enterprise’s ads and tweets, empowerment is clearly not what they are selling.

To give you a sense of their approach, note the post-event promo from Modelmob featured below:

Oddly, no one even at or even after the event seemed to publically comment on how inappropriate this was. Organizers tweeted “@ModelmobApp thank you for sponsoring the #spotlightawards2016 tonight and adding beauty and flare to the event”.

As the evening wore on, questionable judgment by the committee continued as Suleman led the way to the event’s after party at the exclusive Candyland Burlesque club, which features fancy 1 oz cocktails at $20 a piece, plus $8,000 bottles of champagne and $5,000 third act table service, alongside barely-dressed women performing circus-esque acts.

One reviewer on Yelp, Tracey D , who went to the venue in August 2016, described her experience in detail:

“We did not see any of the acts like the photographs on this page… It was not what I expected. I was thinking it’d be a classy burlesque show. It was not. Penises are spray painted on the walls, along with dirty words. We saw a waitress take off her top and flash the bartender. We only saw one performance while we were there… It was two girls rolling around and crawling in army boots. Not my idea of burlesque. It was extremely dark and seemed seedy. We ended up leaving early.”

From Candyland by Night to…. Leadership of Young Entrepreneurs By Day?

One has to ask what this kind of leadership says to women tech entrepreneurs, NEXT Canada youth applicants, and more importantly, NEXT_Canada corporate sponsors advocating for gender-parity and the universities that host NEXT_Canada recruitment meet-ups? And what does it say about the other 11 co-chairs,including NEXT_Canada’s President, Peter Carrescia, the man in day-to-day charge of the program which has already been criticized for being significantly dude-laden throughout its ranks, and whose organization recently came under additional fire for “erasing” co-founder Claudia Hepburn?

We should also be curious about the women “role models” who were part of the event, like Dragon’s Den cast member Michele Romanow, or Silicon Valley VC connector Angela Strange. Where were their voices on these decisions then? Where are they now?

And finally, we have to ask if this is the kind of leadership anyone really needs in a period when the number of women in tech is in actual decline, women’s rights are rolling backward in many parts of the world, and presidential nominee Hillary Clinton’s competency is hotly debated on gender grounds.

But then again, some people really do live in their own reality.

Leadership by Example? These Leaders Don’t Represent My Canada

At a time when concerns mount over barriers faced by women entrepreneurs—particularly women tech entrepreneurs—the choices made by the otherwise successful, smart Spotlight Awards committee are baffling. But then again, just because one knows how to make money, doesn’t mean one is fit to lead in changing times. This is not Silicon Valley or Trump-land. It is Canada.

It is also a stark reminder that having a few women in the mix doesn’t mean that the conversation will necessarily change. Sure, sometimes the outnumbered female voice is self-censored, fearing accusations of being “no fun” or “prudish”. But scarier still, is the woman in the room who says nothing because she is just as oblivious to or ignorant about the broader economic and social impact of gender-based oppression as her male counterparts are.

There is still so, so much work to be done.

(Publishers Update: In response to increasing calls for change from LiisBeth, SheEO, and many other organizations and individuals, the Board of Directors at Next_Canada took action.  Read about it here: https://www.linkedin.com/pulse/hard-thing-things-petra-kassun-mutch?trk=prof-post)