How does a 22-year-old cope with a lived experience marked by bullying and harassment? By starting her own company.

Just over two years ago, I created my company, Luckett Life Values, at the age of 22. As a young girl, I always knew that I wanted to inspire the youth but I never knew how I would do that. Before the existence of Luckett Life Values, I worked as a substitute teacher at the local school district. During my time there, I learned a lot about myself, about the students, and about the school.

In school, I was bullied for being a skinny girl, a nerd, and for being overall different. The guys teased me but so did other girls, which made me feel less than. When I was working as a substitute teacher, I saw that very same teasing happening with the students within the school. This was my defining moment. This was the moment when I realized I wanted to inspire the youth, especially young girls, to see past the comments of boys, men, girls, and anyone else telling them they don’t matter.

I declined. I declined because he rejected me due to his own selfish reasons. Before he offered, I made the mistake of telling him all of the details about my after-school program idea, about where he can create his own workbooks, about shirt designs, about hosting a “woman’s day” where speakers can come speak to the youth, and more. I had no idea that he would use my ideas even years after they were presented to him.

Despite what he had done, I was still determined to inspire the girls and other young people to believe in themselves. This led to the creation of Luckett Life Values, a business that is centred around motivating people, especially the youth, to believe in themselves, their dreams, and their education. I create my own activity books that have math, reading, and spelling lessons along with math flash cards for students who are in second to fourth grade. I form inspirational bags for the girls that are not only pretty but also serve as a reminder that they can get good grades, achieve their dreams, and be who they are supposed to be. Also, I created my own school project that allows the youth to receive tutoring packages, get access to a ninth grade prep class and audio teachings on subjects such as unity and respect, and gives the staff their own inspirational messages.

My job at the local convenience store allowed me to finance the start of Luckett Life Values. This job was beyond challenging. The work was easy but dealing with the daily “comments” from men (customers and co-workers) about my “size,” about me being or not being a virgin, and about what they would do to me if they had a chance all became too much. I quit. I quit before I fully launched my business, which delayed the progress of my company.

A week turned into a month then a month turned into a year and a half. My business was crumbling. I applied for grants, for sponsorship, and even for loans but I was denied. I was denied because my business wasn’t a non-profit although it could have been. To my surprise, I inquired about sponsorship through a globally recognized company and they agreed to be my fiscal sponsor. Now, I have the funds needed to launch the LLV Girl program for women and girls. This program will allow girls to receive the inspirational bags, and for women to get into college and receive job training.

The obstacles that have stood in the way have been big, some have been small, but none of them have been mighty enough to take away the passion I have for the youth. With Luckett Life Values, I get to comfort the little girl that was teased in school, the woman that was harassed in her place of employment, and all of the girls and women who think they can’t achieve greatness due to the comments of others. Luckett Life Values is, for so many, another option.

Creating informed and inspirational content to support feminist changemaking takes hundreds of hours each month. If you find value and nourishment here, please consider becoming a donor subscriber or patron at a level of your choosing. Priced between a cup of coffee or one take out salad per month.
<< PreviousOp-Ed: Does Vigilante Justice Help or Hinder?
Next >>Why #YouToo Should Buy From Women-Led Enterprises 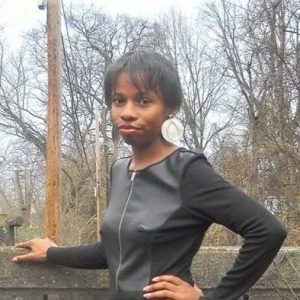 Chessica Luckett is the Owner of Luckett Life Values, a Certified Life Coach for the Youth, and a Writer. She is the author of, "Take a deep breath" in Blue Mountain Arts Anthology Book, You are Stronger than You Know".

Chessica Luckett is the Owner of Luckett Life Values, a Certified Life Coach for the Youth, and a Writer. She is the author of, "Take a deep breath" in Blue Mountain Arts Anthology Book, You are Stronger than You Know".

One reply on “Chessica Luckett Takes a Stand”

Wow!! This is a very excellent article about a woman who overcame obstacles simply by following her mind and heart to the best of her ability. Ms. Luckett is as honest and as fierce as they come and I am so happy to know that Ms. Luckett had enough courage to say, “Enough is enough! The future is female and it’s time for a change.” Thank you so much, Ms. Luckett, for being courageous enough to get up, get out and do your own thing. God bless you, your family and the person who wrote the article. 🙂