Her unapologetic confidence to succeed

Her unapologetic confidence to succeed

25 year old entrepreneur Jessica Mah is thankful the first version of her business didn’t work out because now she doesn't take anything for granted.

A female VC once told Jessica Mah that her personality was too strong – at least for a woman in the tech industry. Mah calls it unapologetic confidence and she’s not ashamed to put it to good use. After all it was strength and willingness to believe in her abilities and her company that allowed her to reinvent her financial software firm and create a stunning growth rate of 2,685.6% over a three year period.
Mah launched inDinero in 2010 with her friend and co-founder Andy Su. At the time Mah was just 19 years old and by the time she was 20 they had received $1.2 million in funding through Y Combinator.

Inspired by her entrepreneurial mother, Mah claims to have had her first taste of business in second grade selling drawings in the school playground. When she was 8 years-old Mah began learning computer programming. At age 12 she started her first company and by the age of 15 she dropped out of high school to take computer science courses at University of California at Berkeley from where she later graduated. Tech Crunch toted her as “the closest thing we have to a female Mark Zuckerberg.”

In creating inDinero, Mah was motivated by her previous small business ventures and the problems she faced with managing her books. She took something that intimidated her and decided to create a product that would make it easier for small businesses to manage their own accounting.

With her immediate PR and funding success, Mah did not project that inDinero would fail within the first year. According to her feature in Inc. magazine most of the 30,000 mom-and-pop-shop customers using inDinero were not buying into premium tools and used the software for free.

Money started to burn away. There were the basic operational costs but there were also the costs of letting your ego get the better of you. In an email to her parents she confessed to the detriment of cockiness and arrogance: “I feel like I’m Bernie Madoff – rich on the outside, but completely broken on the inside.” Flashy PR and an expensive office was not going to sustain her success. Mah had a wake up call. She was spending $80,000 a month, with only $150,000 left in the bank. The platonic co-founders laid off all their employees save for two, moved the company into their home apartment which was subsidized by their parents and started again from the ground up.

In order to survive inDinero had to pivot. Mah and Su used their personal connections and market research to create a more refined business model and product offering. Ultimately inDinero acted as a back office operations software that would handle accounting and taxes for small to medium sized businesses.

In a recent interview with Inc. Magazine on her success Mah said,

I think if anything this [experience] has made me even bigger and bolder. I am more ambitious now than I was a few months ago. A year ago I was calling my mentors and saying, wow, maybe I won’t be able to build a huge business and its not going to be great – and over the past few months that attitude has completely shifted. Now I’m like, I can really crush it. I can do really great things in the world.

Mah also noted that although she might be a little bit more paranoid after coming back from the brink of failure, she has learned not to take anything for granted.

Today, inDinero is a growing force in the small-to-medium-size-business software space. Customers now pay three to four figures monthly for use of the the proprietary software and inDinero received another $8.8 million in funding which led to a staff of 150. In 2014, inDinero hit $2.9 million in revenue with a growth rate of 2,685% and Mah is confident that their growth will double by 2016.

For more details about the trials and triumphs of Jessica Mah and her co-founder Any Su read Inc. Magazine’s feature “How Couples Therapy Helped Bring This Company Back From the Brink” by Kate Rockwood.

Creating informed and inspirational content to support feminist changemaking takes hundreds of hours each month. If you find value and nourishment here, please consider becoming a donor subscriber or patron at a level of your choosing. Priced between a cup of coffee or one take out salad per month.
<< PreviousVision
Next >>If Santa was a woman, could she do the job? 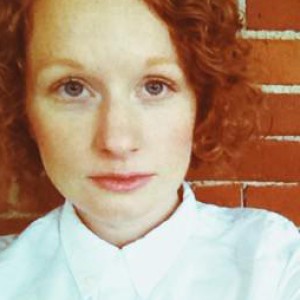