How to unlock billions of unrealized growth led by entrepreneurial women

How to unlock billions of unrealized growth led by entrepreneurial women 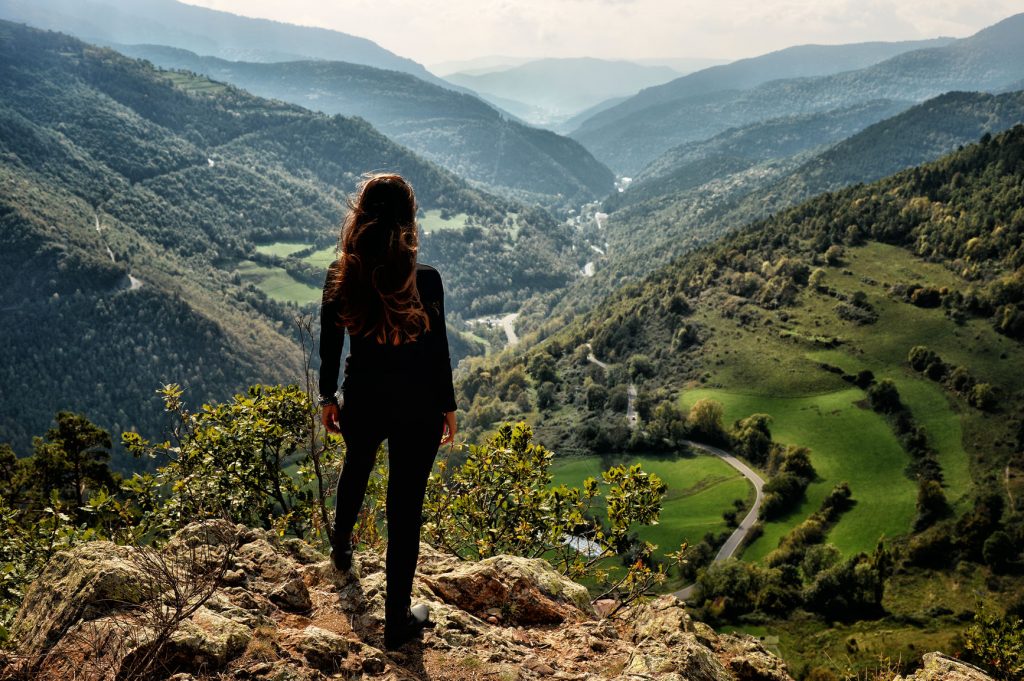 First, acknowledge that Canada’s one-million-plus female entrepreneurs are not mini-men. Then, make new federal funding available only to women-led incubators and accelerators

That comes a year after a 2017 McKinsey consulting firm study on gender parity in Canada said it will take 180 years before women entrepreneurs and business owners will achieve gender parity in this country. While Canada is viewed as a leading nation in advancing gender equality, support for its one-million-plus female entrepreneurs clearly lags far behind.

As a female serial entrepreneur, I welcomed Ms. Ng’s announcement, but it’s not enough to pinkify startup and innovation funding. Wiping lipstick across current entrepreneurial programs will not reduce the challenges women face. We must first fundamentally change the entrepreneurial ecosystem – how it views women and what we encourage in these programs. In short, we must grasp that women who start businesses are not mini-men and alterations to the one-suit-fits-all approach to gender works to oppress, rather than unleash new economic potential.

Currently, the majority of incubator and accelerator environments that receive government funding to attract women act more like “re-education centres.” The programs aim to change female entrepreneurs so we behave more like men, herding us to leap into flashy tech sectors, embrace masculine approaches to starting and quickly scaling a business, and even abandon the very motivations that inspired us to start a business in the first place.

For many women, starting a business may be less about status, destruction and gaming the system than creating meaning and advancing justice.

Too often pink marketing tactics that attract female founders into accelerator programs fail on the retention side: After a few months of segregation and patronizing coaching, they run screaming out the door. Many segregated programs close down – not because women-only spaces are not needed, but because a segregated approach in a co-ed environment doesn’t work.

While I agree all-women spaces are truly important in many circumstances, due to the silencing and intimidation many women experience while in the presence of men (even those they love), lace-glove ghettoization in otherwise co-ed settings is the last thing women entrepreneurs need. These programs rarely succeed; women perceive these watered-down and otherwise undifferentiated programs as being sideline; they are for those who can’t cut it in the main ring.

For these reasons, I am challenging Ms. Ng to do something bold with this new funding: Use it to change the narrative on female entrepreneurship. Direct these dollars to supporting and validating women’s authentic approach to entrepreneurship rather than trying to make us more like men or steering us away from work we’re passionate about.

For example, the vast majority of female entrepreneurs today are drawn to start businesses in human-centred sectors such as care-giving, culture-making, education, health and wellness, hosting/tourism, food, community building and what we might call human development – belonging, spirituality, capacity-building and meaning-making.

Currently, these areas are perceived as mature, low growth, unremarkable, expensive to scale, and not export friendly. They have poor prospects of generating high wages, fat exit packages or monetary wealth for investors. As a result, investors and innovation policy makers deem these sectors to be an economic still pond. They look away, dazzled by rowdy tech startups with hockey stick growth curves. But if you are only looking for the fireworks, you miss the amazing things that are happening on the ground.

If future value streams lie in funding companies that excel at work only humans can do, now is the time to support and drive entrepreneurship and innovation in these areas which, at present, tend to be women-led.

To unleash women’s potential as entrepreneurs, we also need to support process innovation (not just product innovation) and fund the growing number of alternative, experimental, community-based women-for-women programs and create opportunities to connect them so they might grow from strength to strength plus share points of view and best practices.

Such incubators should be generously sprinkled across the land to ensure local relevance and easy access and sparkle with colours – green, yellow, purple and raspberry, rather than corporate grey.

And, finally, this time let’s make the funds available only to women-led incubators and accelerators with a leadership team and mentor rosters composed of a minimum of 51 per cent women. Rather than trying to change women, they are more likely to work on overhauling inequitable political, economic, social and power structures in order to help women-led enterprises thrive. Systems changes can deliver huge benefits. For instance, working to get more women on boards is important in advancing women in the economy, but what about securing basic maternity leave benefits for women who own more than 49 per cent of their own incorporated businesses?

Female entrepreneurs are not mini-men clamouring for increased access to expensive, personally secured debt and willing to outsource care-giving of their loved ones in order to work 100-plus hours a week. The majority of us pursued entrepreneurship to escape a system that was not built to include us. It should be no surprise when we are not eager to give up hard-won control of our businesses, time and values by getting back into the patriarchal maelstrom, selling equity in order to drive up Canada’s GDP.

What we really want is access to diverse opportunities – to develop the opportunities we see, want to invest in, and pursue in our own way. It’s time we start looking at what we value economically, and how to create equity for and advance female entrepreneurs as they are, not what a system, arguably a broken system, wants them to be.

This article was originally published in The Globe and Mail, Canada’s National Newspaper on October 16th, 2018

Interested in learning how to do business differently? Join us at this year’s Entrepreneurial Feminist Forum!  Check out the agenda here. 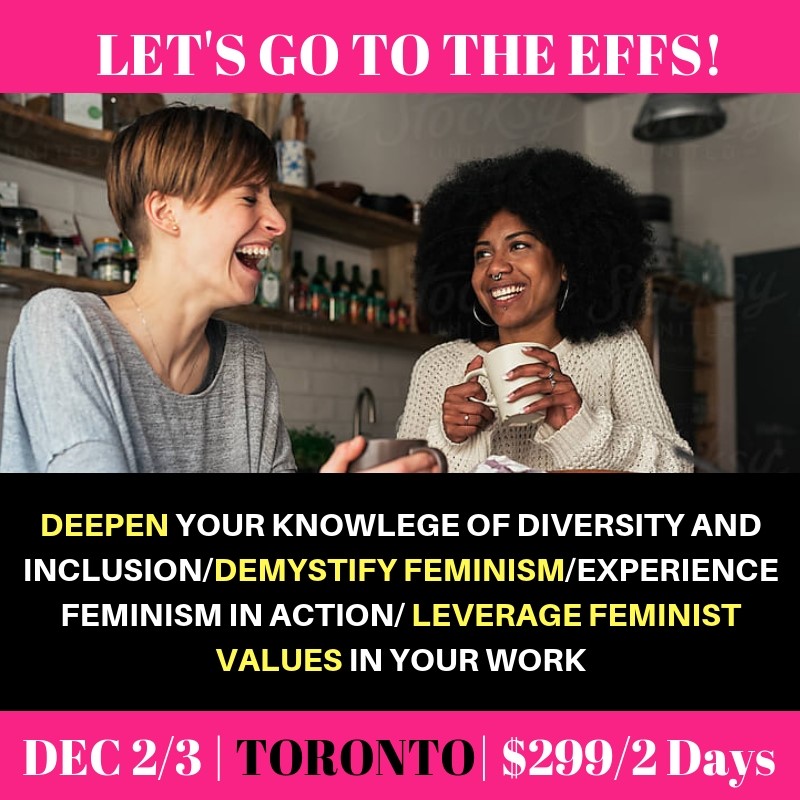 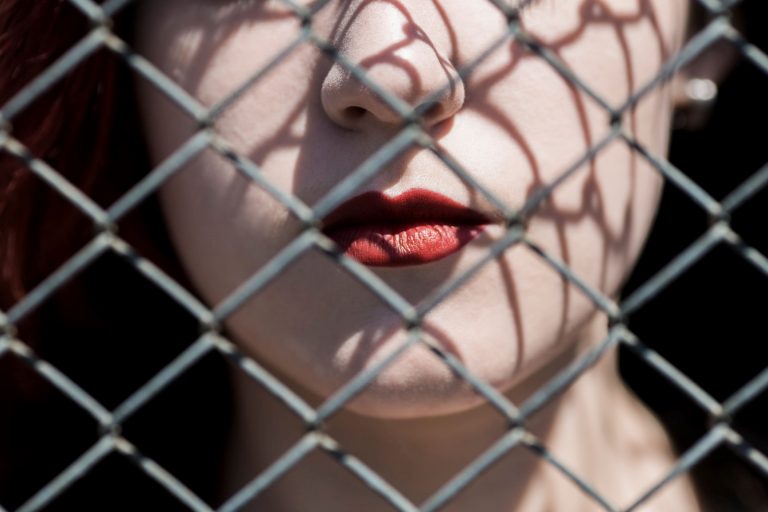 START UP INCUBATORS ARE FAILING WOMEN ENTREPRENEURS-SO LET’S FIX IT.

More women are turning to entrepreneurship than ever before– Can we really afford to keep missing the mark when it comes to developing the infrastructure needed to amplify their potential?

The Future of Accelerators and Incubators?

“Trying to combine social goals with profit-making is very unlikely to succeed.”

Creating informed and inspirational content to support feminist changemaking takes hundreds of hours each month. If you find value and nourishment here, please consider becoming a donor subscriber or patron at a level of your choosing. Priced between a cup of coffee or one take out salad per month.
<< PreviousWOMEN’S WAY: 14 FLY WOMEN RISE UP TO SET ONE HIGH-FLYING RECORD
Next >>Growing Into Feminism