Lessons From Women Who Start Up and Slay

Lessons From Women Who Start Up and Slay

Six diverse entrepreneurs dishing on their six unique journeys creates one inclusive event. Find out what Bee Quammie learned by being there.

If you told me I would attend a panel discussion on women’s startups and leave feeling like I had experienced something spiritual, I would have likely rolled my eyes. But not with this event. In May, I attended a How She Hustles event called “Start Up And Slay,” which featured six female entrepreneurs dishing on the ups and downs of starting their own businesses. As a freelance writer, I know first-hand the anxiety and exhilaration of entrepreneur life so I was excited to hear how other women navigated that challenging terrain.

As I walked into the event (held at Spaces, a hidden gem of a venue in downtown Toronto), the evening’s vibe was palpable. The sun shone through humongous windows, spreading across the floor like a welcome mat—and welcomed is exactly how I felt. Along with the clinking of glasses and forks on plates (thanks to delicious catering from Shelley’s Catering), the room filled with the chime of women greeting each other—old friends hugging and kissing cheeks, new acquaintances introducing themselves with warm smiles. It felt like a genuine, supportive space with attendees eager to absorb the lessons the panel was about to share.

Moderated by How She Hustles founder (and new full-time entrepreneur) Emily Mills, the panel featured five dynamic business leaders: Eva Wong, co-founder and chief operating officer of Borrowell; Devon Fiddler, chief changemaker of SheNative; Kiana “rookz” Eastmond, founder and director of Sandbox Studios; Lisa Mattam, founder and president of Sahajan; and Tanya Walker, founder and CEO of Walker Law. Not only was the panel culturally diverse, their entrepreneurial experiences were as well.

Each woman had a unique entry point into entrepreneurship, and it proved to the audience that being a business owner doesn’t have to look any one particular way.

Mattam had a successful career as a pharmaceutical executive before embarking on her entrepreneurial journey and remarked that her safety net was her old nine to five. Should her startup, Sahajan, a natural skin care line based on Ayurvedic practices, fail, she said, “I could always go back if I wanted to.” Murmurs in the audience suggested many related to having a backup plan, perhaps making it easier to take the leap into starting your own business. Mattam said that she had to reconsider how her ego was impacting her efforts early on, like giving up her company car to travel to meetings by bus. Ultimately, the sacrifice was worth it, she said.

For 30-year-old Eastmond, failure wasn’t an option because she felt she had nothing to fall back on. As a high school dropout, she worked a variety of jobs that weren’t contingent upon her having a high school diploma, but she felt she was destined for more. Her first serious foray into the music industry came via working as a manager for a Toronto-based singer; opening her own recording studio solidified a legacy for Eastmond. As a queer entrepreneur who has managed female artists in a traditionally straight, male industry, she understood the struggle of finding safe spaces to nurture creativity. That’s why she made Sandbox Studios the kind of place she always wanted to be in. It wasn’t easy. Eastmond said she once lost her apartment when she couldn’t afford rent for both spaces, but she always believed that the long-term payoff would be worth the early pain.

Confidence was a huge focus of discussion. Some had it. For others, acquiring it has remained a daily challenge.

Walker says her confidence came from her parents, who made sure, from a young age, she always knew there was a place for her in the world. This innate belief in herself came in handy when Walker faced discrimination and a toxic environment at the law firm where she worked. Weighing the choice between remaining at the firm and continuing to face roadblocks as a young, Black, female lawyer versus starting her own firm, Walker gathered her confidence and took the leap. “Own it if you’re wrong, but if you’re right, don’t let anyone walk all over you,” she said of the importance of being not only self-assured but accountable. “Because when I’m right, I will let you know.”

Fiddler is an Indigenous woman who lives on the Waterhen Lake First Nation in Saskatchewan. She admitted that she’s still working on developing her confidence as she grows her company, SheNative, a women’s handbag and apparel line. One of the tools she finds useful is reminding herself that her work has a greater purpose in empowering other Indigenous women and girls. For instance, SheNative purposefully employs 100% Indigenous women and sources community input on their designs. Empowering Indigenous women to own and tell their own stories and encouraging non-Indigenous people to listen is at the core of SheNative’s mission.

On Being a Mompreneur

Wong founded Borrowell, a financial tech startup, even though she had no financial or tech background. Not that she didn’t have experience to draw on having been a pastor and stay-at-home mom of two kids. But it wasn’t the sort of experience that normally commands respect in business. Those previous roles, she said, helped her become an entrepreneur. “No one doubts a male college dropout who starts a business,” she said. “Being a stay-at-home mom preps you to run a business.” The audience laughed, clearly getting it. “You work odd hours, you have needy customers—it preps you!”

Another panelist, Fiddler, had brought her young baby to the event and had to duck out of the room for a quick breastfeeding session. It was another reminder of just how special these spaces are, allowing women to bring their full selves without judgment. Later, Fiddler spoke about developing time management skills to manage business and family needs. Now, she says that her family always comes first—a lesson learned from early days when she prioritized business to the detriment of everything else.

On Looking After Customers—and Ourselves

Eastmond says taking care of her customers, making them feel that they are both at home and in a professional environment, is paramount. She says the consumer experience she offers starts before clients even step into her studio—aspects like her website design and the way staff answer the phone are all part of the value she provides in the fees she charges.

But Wong added that self-care is crucial too—this entrepreneurial journey, after all, is a marathon, not a sprint—which is important to remember so one does not burn out going full out all the time.

Getting the pricing right on the product or services you offer is part of good customer care and self-care. Mattam urged business owners to research all aspects of pricing a product, not just production costs but other fees such as storage, shipping, and distribution.

Walker said that getting and offering mentorship is also key and wanted to see a wider offering of entrepreneurial training programs, as well as government leaders specifically paying attention to the needs of women entrepreneurs.

Host and moderator Mills chipped in with advice from her own foray into full-time entrepreneurship. She believes that it’s important to make intentional choices, as she had in the planning of this event. She decided she wanted to work with as many women as possible, from security staff to graphic designers to photographers. Taking time to thank supporters is also critical, and she gave a shout out to organizations such as Canadian Small Business Women, Venture Out, and SheEO, who attended and shared information about the event on social media. She said another key sponsor, CIBC, actually sought her out to partner on this event, confirming for Mills that big banks see opportunity in backing diverse women entrepreneurs.

Once the panel discussion ended, the vast majority of attendees stayed put, pulling panelists aside for pictures and quiet chats, huddling with other attendees to mull over what they had learned, even running up to the rooftop patio for selfies with Toronto’s downtown skyline as their backdrop. It was an event filled with different kinds of women—queer, racialized, some dressed in power suits and others in jeans and tees. The common denominator was that we all felt we had been part of something special, that inspired us, motivated us, gave us something to think about, and gave us something to work towards.

Creating informed and inspirational content to support feminist changemaking takes hundreds of hours each month. If you find value and nourishment here, please consider becoming a donor subscriber or patron at a level of your choosing. Priced between a cup of coffee or one take out salad per month.
<< PreviousHow to Kill Feminism
Next >>Op-Ed: Does Vigilante Justice Help or Hinder? 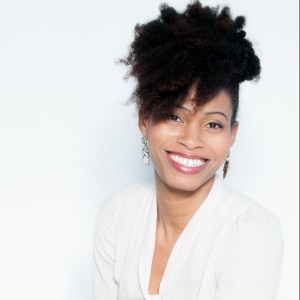 One reply on “Lessons From Women Who Start Up and Slay”

Thank you LiisBeth and Bee for this article. An honour to see Startup and Slay featured through this platform. More How She Hustles women’s events to come! Stay tuned.