On Diversity and Inclusion: Did Startupfest Fix Its Bro-mess?

On Diversity and Inclusion: Did Startupfest Fix Its Bro-mess? 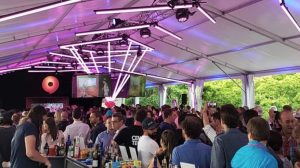 In 2016, LiisBeth founder and publisher, PK Mutch, attended Startupfest in Montreal and wrote a critical piece about the rabid bro-preneurship on display and stunning lack of diversity in programming and speakers. (See Problem Bro-preneurship)

Festival organizers contacted Mutch a few months to discuss concerns her article raised – as well as the subsequent public reaction.

Two years later, I had the opportunity to attend Startupfest and discovered that the conference had improved by leaps and bounds on the diversity front.

As part of its inclusion initiative, Startupfest offered 1,000 discounted tickets for entrepreneurs from under-represented communities. This made it possible for me — and others like myself — to attend the much-hyped conference in Montreal, alongside 6,500 other attendees. According to Philippe Telio, founder and producer of Startupfest, about 600 Inclusion Initiative tickets were purchased. Which begs the question, why were the other 400 not snapped up?

This was also the first year that organizers achieved gender parity on the main Startupfest stage, though not on smaller stages including Scaleupfest, Cannabisfest and AI-fest.

But in an interview, Philippe said the festival would continue to strive for gender parity and had set strict targets to achieve gender parity in all aspects of the event.

Take Exhibit A, the Scaleupfest stage. On my first day at the conference, I was eager to hear pitches so that’s where I headed. As the name suggests, entrepreneurs made pitches for why investors should put money into scaling up their startups. While many pitches were impressive, there was a noticeable lack of women presenting. According to Philippe, anyone applying to pitch in this event could do so. So why did so few women apply?

Perhaps women entrepreneurs attending did not have businesses that had reached scale-up stage. Perhaps they were intimidated facing a crowd of would-be investors.

It would appear that “no” is the proper answer to both assumptions. When the official program wrapped and the floor was opened to anyone in the audience who wanted a crack at pitching, a number of women came forward. Of those I spoke to, they said they were not aware of the opportunity to take part in the official part of the event.

Onward and Forward for Startupfest 2019

As a young mother, I would have appreciated more thought given to the demands that placed on me as an attendee. For starters, I would have loved access to a nursing room – as I imagine many other women would too.

I am also a visible minority and appreciated seeing men of colour up on the stage. Still, I would love to see more women of colour represented, both in terms of hosting and sharing their expertise. In my experience, men of colour are used as a blanket group for all people of colour and that excludes a lot of people.

On the whole, I took away some great insights from experiences shared by folks at Startupfest, especially the more tactical talks. I am the Head of Marketing at GrowthGenius so I found the marketing chats most appealing, in particular the talk by Hana Abaza, where she highlighted how to scale marketing. I will definitely be back again next year for the talks and a chance to spend time with industry peers and friends alike.

Creating informed and inspirational content to support feminist changemaking takes hundreds of hours each month. If you find value and nourishment here, please consider becoming a donor subscriber or patron at a level of your choosing. Priced between a cup of coffee or one take out salad per month.
<< PreviousWoman is Wolf to Woman
Next >>LIISBETH DISPATCH #44 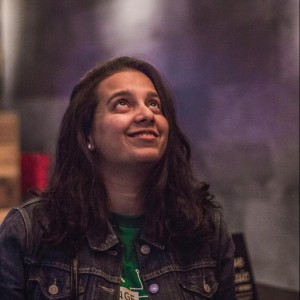