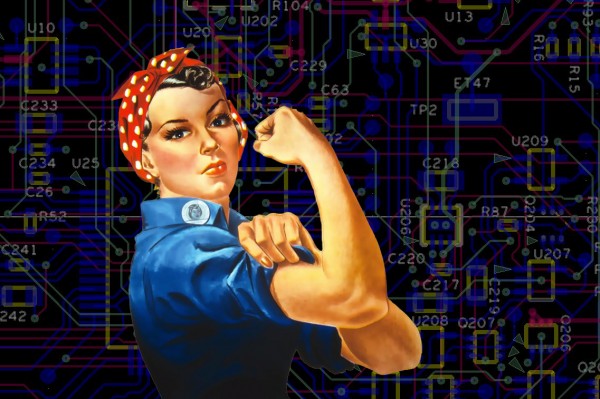 Think of this as a local case study with global application.

I decided to check out the new website of DMZ, Ryerson University’s award-winning Campus-Led Accelerator, after reading about its latest business development hire. I was particularly interested in what it had to say about its commitment to gender diversity. While its gender performance figures are not publicly published, insiders know that they need improvement.

I was hopeful that the new site might convey a pledge to improve its record on gender equity. But from my perspective, the only reference it made was in a statement under the values* section, and it was deflating and disappointing. They might as well have just written #AllLivesMatter, since the diversity aspirations noted are so broadly inclusive to the point of being meaningless. Gender equity** that’s inclusive of women, trans and gender-nonconforming people affects more than 55 per cent of Ryerson’s student body, and more than 51 per cent of society. But it is not even specifically mentioned. There could be a number of reasons for this, but based on surprising oversights this past year—e.g., the missed opportunity to ensure the new advisory council met or exceeded Premier Kathleen Wynne’s 30 per cent threshold, and an official press release that followed with a Globe and Mail article quoting and celebrating four men and no women—I am going to have to go with the rationale that the leadership is unobservant when it comes to the gravity of this issue for a high-profile organization like theirs.

Make no mistake, I have been a fan of the DMZ and Ryerson’s various additional zones. My enterprise is a member at one of them. But as an advocate for women entrepreneurs, I can’t help but call out weak performance and miss the chance to spotlight the huge and wasted opportunity for the number-one university-based incubator in North America (according to UBI Global*** rankings) to take a leadership position on gender equity.

And it’s not just about representation. It’s also about culture. Take it from those who have been there, you can’t thrive or flourish as a marginalized entrepreneur in environments that lack inclusive language, behaviours, and organizational and program design.

In 2015, Canadian securities regulators required public companies to report on gender equality. In 2016, Premier Wynne set diversity targets for the public sector to lead by example. The big four consulting firms publish report after report citing the business case for gender diversity. There is corporate Canada’s 30% Club. The UN Millennium Development lists gender equality as goal number three. And in January, millions of women marched in the streets around the world. Times are changing.

Yet the province’s Campus-Led Accelerators (CLAs) and Regional Innovation Centres (RICs, including MaRS) are still not required or mandated to report publicly, or consistently, on gender equity and equality to those who fund them, the Ontario government and taxpayers. There is no gender lens performance scorecard for an important economic development initiative that affects the majority of our population and that costs the province tens of millions of dollars.

Why We Need a Benchmark Report and Public Accountability

The CLAs and RICs are the backbone of Ontario’s innovation and economic renewal strategy. They are managed by smart people and smart money, but still seem to have so much difficulty moving the needle on a variety of gender diversity metrics including the percentage of female founders with majority share, investment dollars raised by gender and category of investors, achieving gender equity on advisory boards (e.g., DMZ’s newly appointed advisory council has 18 members and only four are women), or finding ways to improve on satisfaction with survey feedback from female participants, which should be done via a third party to ensure feedback is authentic and given without fear of reprisal.

It’s not that they don’t try. Sort of. For example, there has been a lot of talk about the issue at conferences. And it’s not uncommon to see them deal with the veneer of the issue, like updating marketing materials to ensure images are gender balanced, or sponsoring women-led initiatives (e.g., DMZ’s sponsorship of Moving The Dial, an event for women to network with tech leaders).

While good, we know these efforts just scratch the surface. For example, some tech incubators launch female founder programs, but are surprised when they have trouble recruiting. If they had dug deeper, they’d be able to go beyond blaming the pipeline and uncover their fear that investors will not treat women founders in women’s programs seriously. Gender issues are embedded in our society, not just in incubators. And they are complex.

Making progress is therefore bound to be slow. But the creation of a publicly available gender scorecard for Ontario’s CLAs and RICs will, in my opinion, serve as an accelerant.

It’s Time to Call for Gender Equity Accountability in the Incubator and Accelerator Space, starting with the DMZ

The DMZ is considered to be one of the top startup incubators in the world. It represents Canada, a country where even our prime minister calls himself a feminist without reserve. And it is hosted by Ryerson University, a research institution that has the internal expertise to initiate a gender benchmark study in accordance with global best practices. Therefore, it is a good place to start.

Innovation and entrepreneurship matters to all of us. We, at present in Ontario, are failing an entire gender in this space—this is the only province in Canada without a women’s entrepreneurship strategy. We need to do better.

We suspect this is also the case elsewhere.

How to Move the Needle?

We can start by requesting the creation of a public gender equity scorecard for the accelerator and incubators globally.

In the specific case of the DMZ and Ontario’s innovation ecosystem. Email your concerns to Ryerson University President Mohamed Lachemi at pres@ryerson.ca, Premier Kathleen Wynne through this form, and the Minister of Economic Development and Growth Brad Duguid at bduguid.mpp@liberal.ola.org, which is responsible for Ontario’s CLAs and the Ontario Network of Entrepreneurs (ONE).

We can also take the time to learn about best practices ourselves. I recommend reviewing this recently released B Corp guide on steps to inclusion.

* DMZ Values Statement (as of Feb. 18, 2017): “We believe that diversity—of people, of opinions, of ideas, of industries and of approaches—is essential to doing good business. To encourage and celebrate diversity, we seek to provide equal opportunities for everyone to participate in DMZ programming, events and everyday culture. The DMZ community fosters a sense of belonging, respect, and support. This provides a framework that empowers everyone to achieve their best.”

** Equality vs. Equity: “Equity and equality are two strategies we can use in an effort to produce fairness. Equity is giving everyone what they need to be successful. Equality is treating everyone the same. Equality aims to promote fairness, but it can only work if everyone starts from the same place and needs the same help.”

*** UBI Index metrics does not currently consider diversity and inclusion in its evaluation of incubators and accelerators.