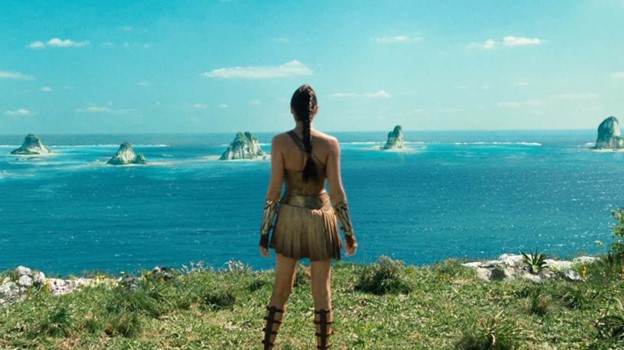 On September 29th, the Gender Equality Coalition of Ontario is hosting its second  one day, virtual and in-person “Intentional, Intersectional, Inclusion” conference at Fanshawe College in celebration of Gender Equality Week 2022.

LiisBeth:  Tell us about the coalition—how did it get started?

Zavitz: So the gender equality coalition is an Ontario registered nonprofit organization based in London, Ontario. Linda Davis and Danny Bartlett co-founded the organization in 2019 because while there are several women’s advancement groups in the area, there was no organization that fought for gender equality for all genders, including men. The coalition is funded in part by the Ministry of Women and Gender Equality (WAGE). Any individual or organization can become a member. At present, coalition members include Champions of Change (London), Urban League (London) and Unicef (Western University).

I joined as Chair of the nine person (five women, four men) board in 2020. Coalition members believe that gender inequality, patriarchy, colonialism and white supremacy also negatively impacts men. In feminist spaces, we focus on women and talk a lot about the social construction of femininity being damaging, but we also think that the social construction of masculinity is equally damaging for men and boys. We believe this gap needs to be addressed.

LiisBeth:  What does the gender equality coalition do that feminist organizations don’t already do?

Zavitz: I think that one of the things our coalition achieves is that it helps us move beyond the ill-informed, but still broadly held stereotype that feminism is anti-men. It invites a broader, intersectional conversation about gender and creates a space where we can talk about how its social construction impacts all genders. So by simply saying that we think that men are affected by gender inequality as well, we create a space where men, including queer and trans men feel as though they can be part of the feminist conversation and be heard. Since we’ve started, I’ve noticed it really does allow all people, men, women, gender, diverse to let their guard down and feel as though they can be part of a conversation about challenging gender constructs together.

LiisBeth:  The idea of gender equality organizations, for many feminists, is problematic. Some feminists see it as watered-down, corporatized version of feminism (all genders matter) which detracts from the real and more dire, urgent work of ending the systemic oppression of women. Thoughts?

If we look at where we are today, rollbacks included, we actually need to have a feminist movement that’s more inclusive of men. Not because men need help getting equality, but because men are also impacted by gender constructs in ways that allow them to justify their role in the perpetuating harms and prevents them from participating as informed allies in the feminist movement. The gender equality space can serve as an alternative gateway for men who are keen to learn more about feminism—and want to amplify its work.

LiisBeth:  Men have always been part of, or served as allies in the feminist struggle. There were men supporting the suffragettes, men marching alongside women in the 1960’s and again in the women’s march of 2016. Allyship between male-led social justice organizations has always been there. And look where we still are.

We are not saying men have not been allies or supportive of feminist work. But not enough of them have signed on to tip the scales. What’s different about our organization is we’re willing to understand the extent to which men, your average Dick and John, have also been impacted by systems of oppression and make this part of the feminist conversation. We know that today’s definition of masculinity remains toxic for men and boys. By creating a space where all genders can talk about this together, we believe we can mobilize higher levels of allyship.

There’s been so much debate about what feminism is and what feminism isn’t. For me, feminism is about ending inequality and all kinds of systemic oppressions. And if we really understand that, then we know we have to include men in not only the discussion, but also in the movement.  I argue in class that the next wave of feminism should be a much more gender-diverse, collective movement; An inclusive, intersectional gender movement of both individuals and allied organizations that work together intentionally to dismantle power structures that are actually killing us all.

LiisBeth:  Wow. OK. We hear you! Now tell us what you are most excited about regarding the upcoming conference.

Zavitz:  Oh, so many things! But I will mention two.

On the speaker front, we have Jeff Perera, a well-known North American activist who talks about the construction of gender, helpful versus harmful ideas of manhood, race and masculinity, the importance of empathy-building and who calls on men to help end gender-based violence. We also welcome the incredible Dr. Raven Sinclair who will provide an indigenous perspective on gender equality, and Teneile Warren, playwright, community organization, plus intersectional equity educator, transformative justice practitioner specializing in anti-Black racism education who will talk about how gender was built on the foundation of racism.

The activist-at-large idea is a new exciting experiment! Here we invited well-known, and lesser-known feminist, anti-oppression activists and authors to participate in the conference, not as speakers but as people charged with the task of mingling with the attendees and participating in, versus leading, round table discussions. We want them to share their wisdom but also encourage connections that continue to develop well beyond the event. We believe that this is better done on the floor rather than mediated by the stage. Among those attending as activists in residence are Joseph Pazanno, equity, diversity and inclusion (EDI) professional, strategist, and attorney, Judy Rebick (socialist feminist, reproductive rights), Nora Loreto (feminist and union organizing) and Lori Fox (queer, working-class rights and anti-capitalism).

Oh! And we also have a terrific panel discussion focused on the future of feminism.

It’s going to be a great day!

LiisBeth:  It sure sounds like it! And we will be there. Thank you for speaking with us Dr. Zavitz!

Publisher’s Note:  This is a sponsored feature. Thank you to the Gender Equality Coalition of Ontario for its support of LiisBeth.com. You can still register for the event. Price is $25.00 for students or $75.00 for general admission. 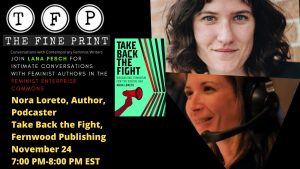 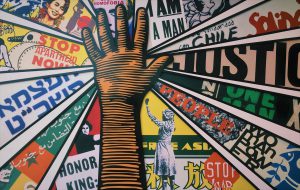 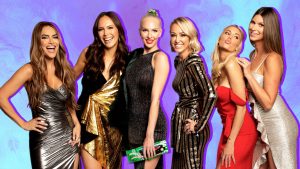