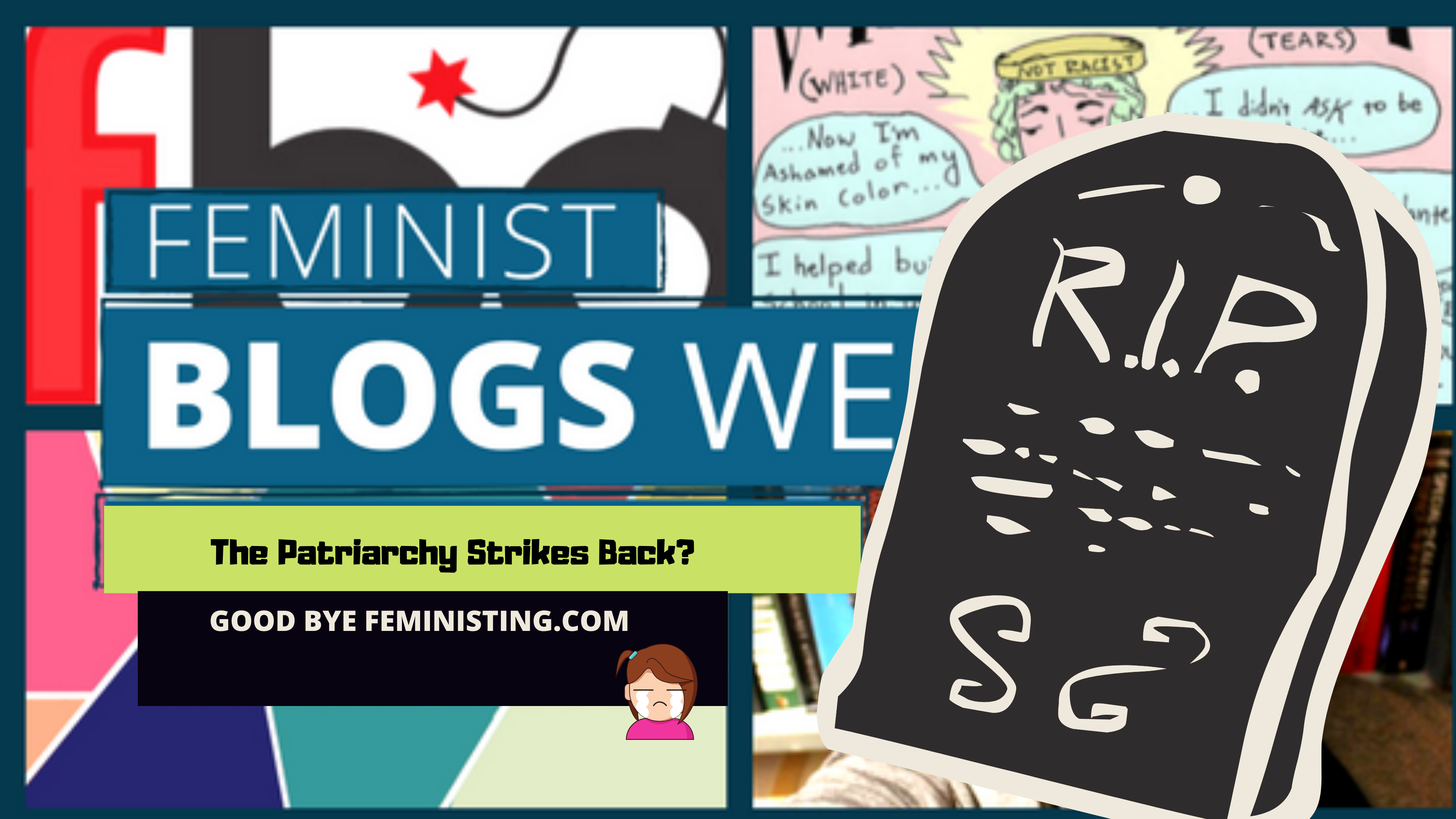 On December 8th, the New York Times declared the end of feminist blogging in the US adding “Now many of those [feminist] sites are dead or dying, and Jezebel is under new management, part of a stable of publications run by the hedge fund-controlled ownership group, G/O Media….”. The deceased or absorbed by mainstream media list continues.

Closures and mergers are traumatic for all stakeholders including founders who likely worked for free much of the time, and wage dependent staff impacted by change. But are acquisitions or onboarding of established editorial teams into larger media brands all that bad? One could argue it’s great that mainstream media finally recognizes that feminist narratives are important to 50 per cent of its readers. In some circles, the fact that someone even wants to acquire a feminist enterprise in the first place is a kind of win–like when Walmart decided to go green.

However, we all know what happens when corporate culture takes over a successful indie startup. The values that underpin financial maximization doctrines ultimately change the nature and editorial voice of the once loved enterprise. Think Ben & Jerrys. Whole Foods and Amazon. And NOW magazine, Toronto’s feminist leaning news outlet led for 38 years by Alice Klein. NOW Magazine (25 million readers) was purchased by an all-male led publicly traded investment group just two weeks ago, Media Central Corp (a long running investment vehicle/enterprise formerly named IntellaEquity Inc. who in its exchange filings, describes itself as a diversified investment and venture capital firm focused on providing investors with long-term capital growth by investing in a portfolio of undervalued companies and assets).

Frighteningly, NOW was bought for a mere $2M, roughly the cost of two Mikimoto Empress pearl necklaces ($996,000 USD each). As a long-time fan of the publication, the aquisition price is bewildering given the paper’s important role, reach, and impact in Toronto. It tells us something about how GDP style metrics fail to capture the true value of a social purpose enterprise. It also says a lot about how today’s alt media companies are valued—even by savvy investors. Media Central Corp plans to buy up to 100 “undervalued” or stuggling alt media assets in the next five years. You have to ask yourself, why.

Is Feminist and Indie Media Dead?

While it’s true that many publications are closing or being acquired by financial maximization driven corporations, it is also true that each year, more and more new indie sites are launching. Recent success stories in Canada include Village Media which owns and operates 11 local digital news sites and 15 (and counting) additional partner sites.  Feedspot’s 2019 Best Feminist Blog list has grown from 10 to 20 (LiisBeth is on the list too!) in the feminist media space, and new publications pop up almost as quickly as others close. From a feminist perspective, its concerning that most of the new outlets are male-led and majority owned.

Notwithstanding, clearly there is an appetite for indie journalism and media. So, what’s the real problem here?

The fact is, surviving and flourishing as an indie media enterprise takes more than passion, crackerjack content, clicks and coin—it requires a resourceful founder with attitude, and the willingness to swap big for bold—more Ani DiFranco, less Warner Bros. It will also a design thinking approach to core legal, governance,and capital structures.

It also takes an effort to boldly rethink the revenue model. From afar at least, it seems to be that while these important feminist blogs (I read them too) had awesome content, most were set up as traditional non-profit or for-profit enterprises. Millennial in the front, old school at the back (largely advertising or influencer dependent). The reality is that media outlets can no longer compete for advertising revenue with rapacious social media giants like Facebook and Google (The Discourse reports that today, a mere ten cents per advertising dollar spent in Canada goes to actual media publications).

I know this sounds depressing. But I personally believe there is a way. It it starts with being super careful and intentional about growth and an interest in alternative legal forms (cooperatives, collectives) plus capital structure innovation.

Here at LiisBeth, we have an annual budget of about $35,000 after three years of operating (hey, it was $5,000 at first). Approximately 30 per cent of our revenue comes from reader donations (you). The rest comes from conferences, seminars, events, and consulting gigs related to feminist enterprise development. We do not sell ads, accept sponsored content, or generate influencer income. This fall we invested $7,000 into our Feminist Enterprise Commons (FEC) initiative (we wanted to get off of Facebook groups and provide readers with a place to communicate and support each other without being in Zuckerberg’s eyes—and make the unbridled organization richer with our data). Approximately 85 per cent of our spend goes to paying for articles and editorial work. The rest covers the cost of digital licenses we need to publish (WordPress, InDesign, Mailchimp, etc.) and stuff like accounting and legal. As the publisher, I am the only volunteer staff member. We have no investors. No bank debt. No credit card debt. Last year we received our first grant ($10,000) from the City of Toronto to publish ten profiles of feminist entrepreneurs in Toronto. We watch every penny. We re-invest every dollar that comes in. We have an awesome advisory board and steady list of contributors. And about 19 000+ unique annual readers.

New initiatives for next year include building up our Feminist Enterprise Commons, raising funds for an Emerging Feminist Journalism Scholarship program, and test driving an experimental correspondent program in either Vancouver or New York. After taking a deep dive look into alternative governance and capital structures, we are also working to transform LiisBeth into a multi-stakeholder cooperative by June 2020.

Some might say that given our meager top line and spend we are not yet a “serious” business. At which point I quickly remind everyone that Bust, Shamelss, Bitch, Herizons, Ms, Rabble.ca, AdBusters, and other status quo busting media were once a startup like ourselves. After 20 years, these survivors are still serving millions of readers collectively via both print and digital offerings. Despite existing on the equivalent of starvation level, vegan diets, they have grown and learned to competently surf wave after wave of tech driven disruption with the help of a loyal and committed core reader community.

So sure, a bunch of feminist blogs succumbed to what feminist business thought leader CV Harquail describes as the “Stargate” like “the magic circle” of business, but that doesn’t mean feminist blogs or indie media is disappearing. It means the sector is evolving and healthy. New blogs and outlets will appear to fill the void. Existing ones will change. Others will close or get bought out. Activity like this is the hallmark of a living, breathing sector.

The big media sector at present, is in a state of a gut-wrenching macro level transformation. It looks bad from industry heights above.  But here on indie’s ground level, I see signs of regeneration. Many of those now out of work editors and journalists energized by moral outrage will be bitten by the spirit of entrepreneurship. Having learned a lot in the trenches, I have confidence they will reemerge to reinvent the industry in ways previously unimagined.

And all you need to do, dear readers, to accelerate that change, in the name of an informed, robust, and accountable democracy, is to support them (and in particular womxn-owned/led outlets) not only with your attention and admiration—but also with your dollars.