Having a baby in pandemic times, being at home with your values, and if a professional matchmaker can be a feminist . . . 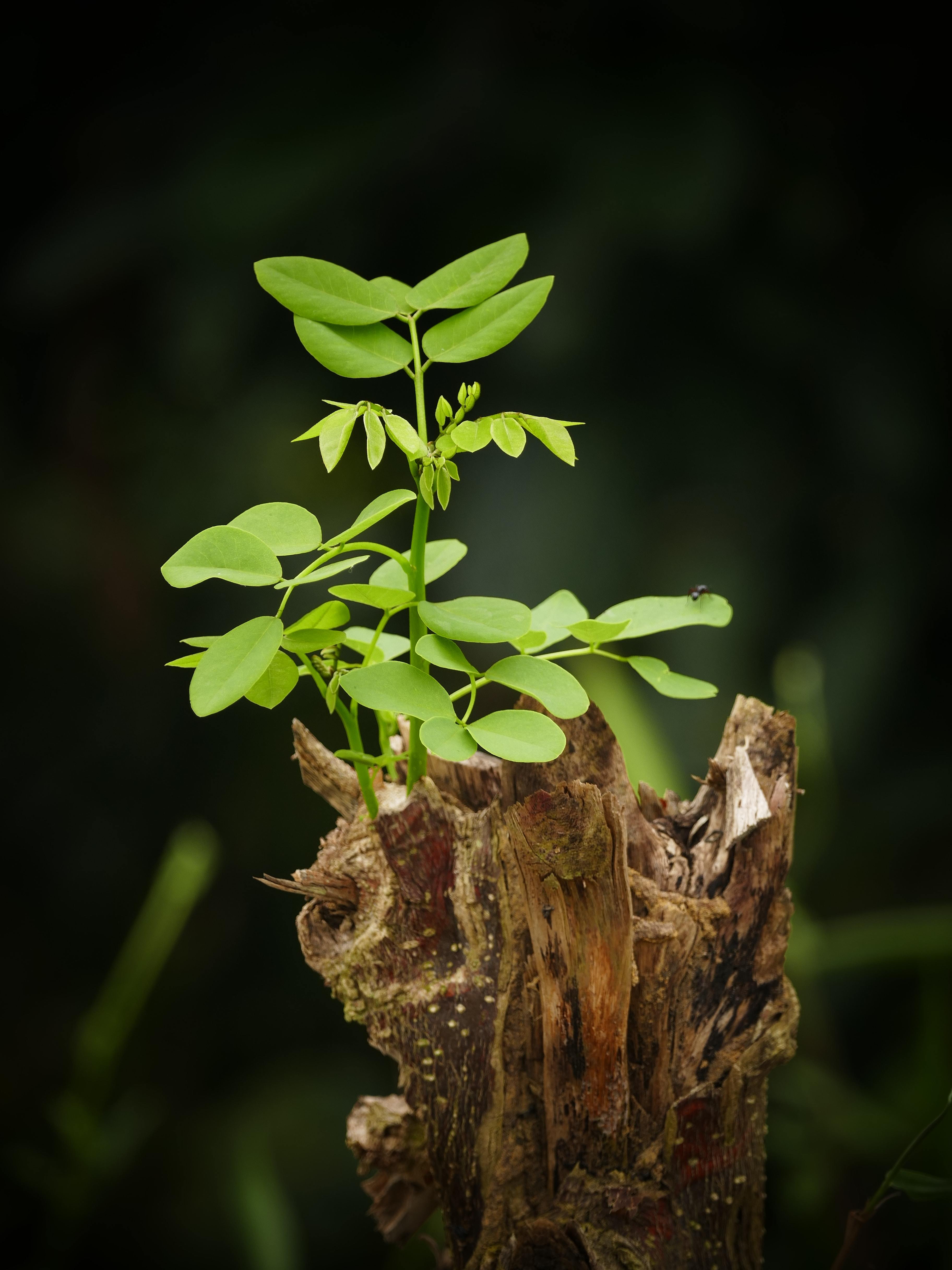 Photo by qinghill on Unsplash

WHAT WE’RE THINKING ABOUT

If there’s a silver lining to living through a pandemic, it’s that we’ll come out on the other side with better ways of caring for ourselves, each other, and the generations that follow. We’re adjusting the ways we connect and meet new people, and literally constructing the future in which we’ll live.

How we do things has changed—from curbside deliveries to online universities to having 700 video meetings a week. But why we do things remains constant. Foundational things such as climate change policy, power structures and economic systems that create inequality have not changed at all—and aren’t these the things that need to change the most?

LiisBeth is pivoting our business along with you. You are invited to join us in the Feminist Enterprise Commons (FEC) to Work It Out Together (WIOT—rhymes with RIOT). This month we are proud to host Bianca Sprague and Natalie Marchand of Bebo Mia as our Feminists in Residence. Check out the feature article about how they created their organization on feminist business practices versus advice from traditional business coaches. 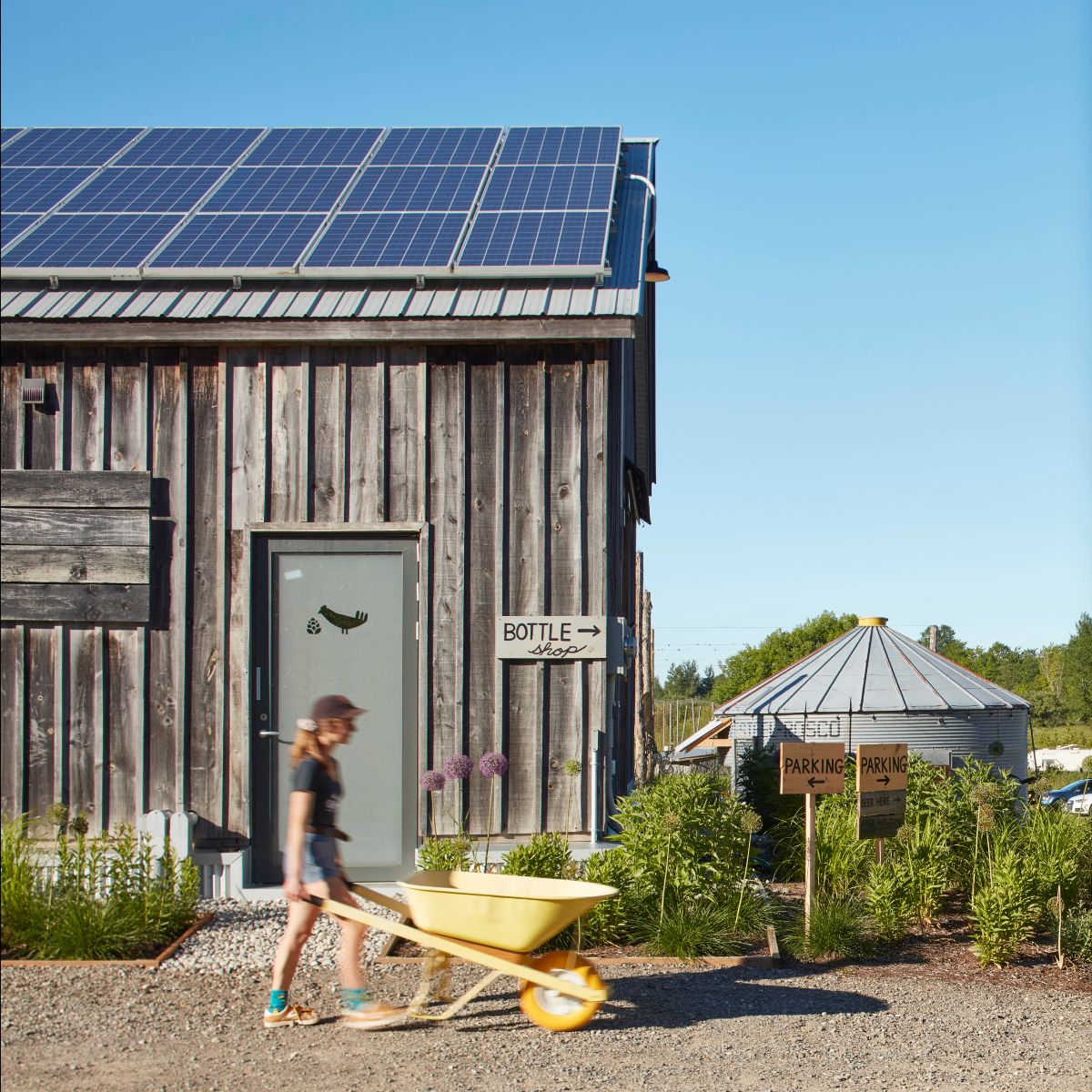 AT HOME WITH YOUR VALUES

A construction co-op that strives to stop exploitation of workers, women and the environment. 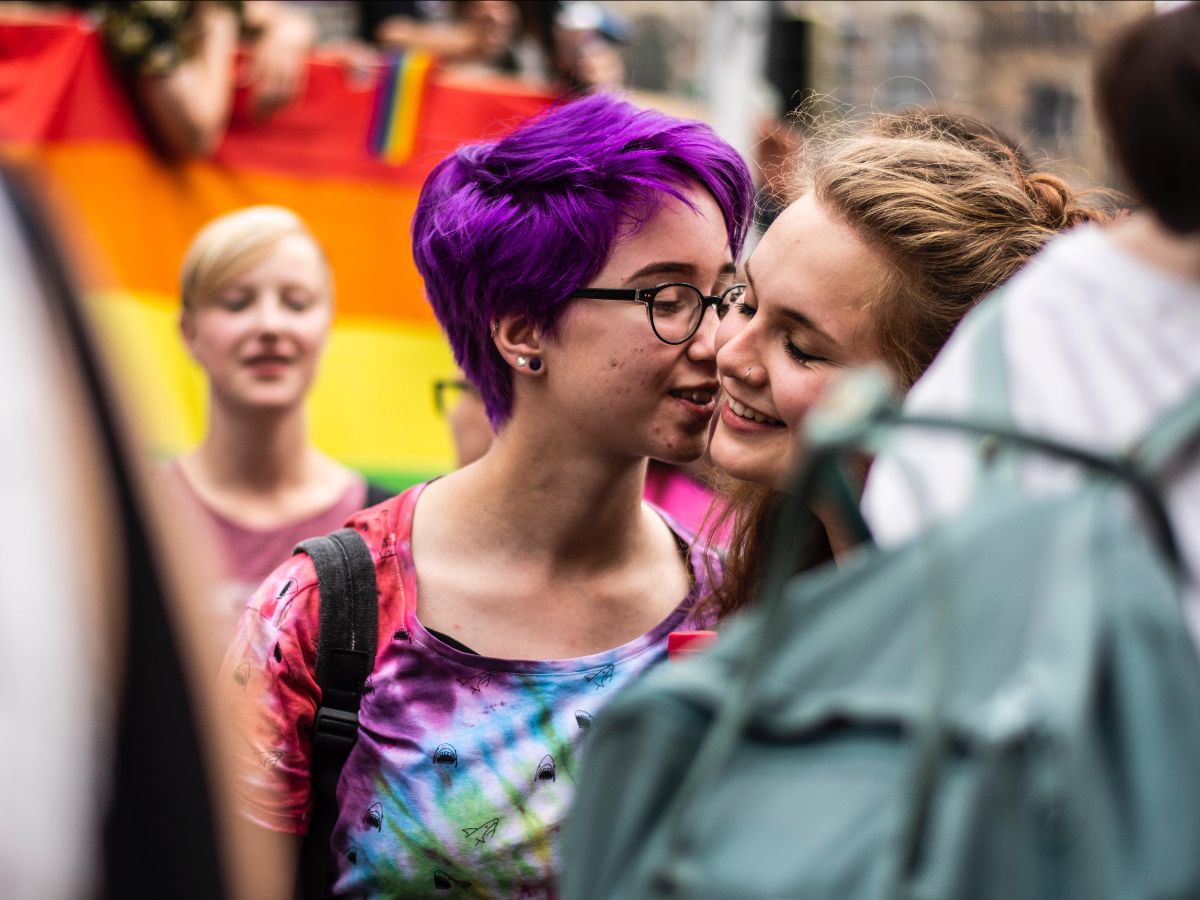 Photo by Jana Sabeth on Unsplash

CAN A PROFESSIONAL MATCHMAKER BE A FEMINIST?

According to matchmaking industry insider Anne Marshall, the answer is yes—and it makes for better matches. 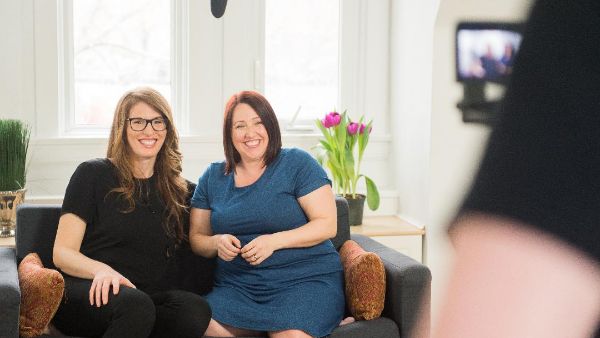 HAVING A BABY IN PANDEMIC TIMES

May 2020’s Feminists in Residence in the Feminist Enterprise Commons (FEC) are fighting to support birther’s rights through COVID-19; luckily, they had the foresight to shift business online years earlier. 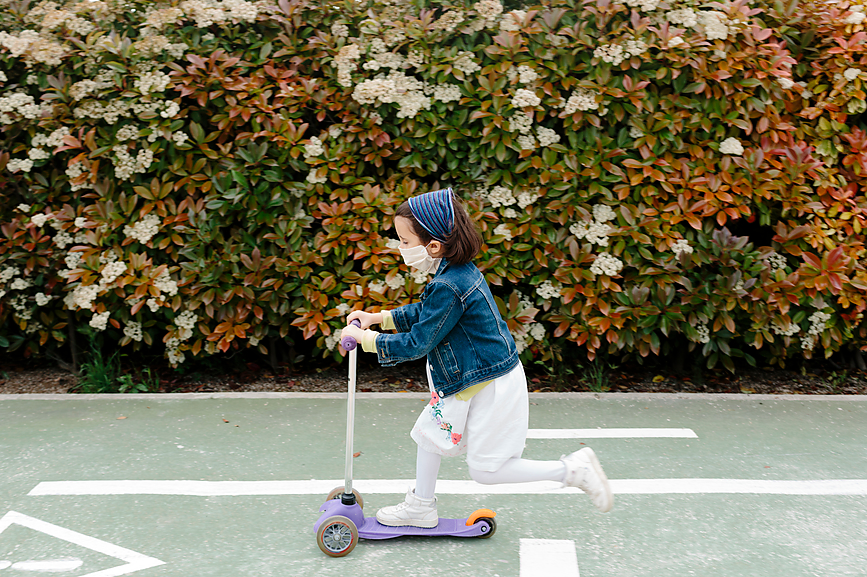 WHY THE WORLD NEEDS FEMINISM, NOW

Let’s first acknowledge we are collectively grieving our old world, and witnessing the birth of a new one.

But what kind of world will that be? What do the leading indicators tell us? When will we re-focus on the the bigger picture? 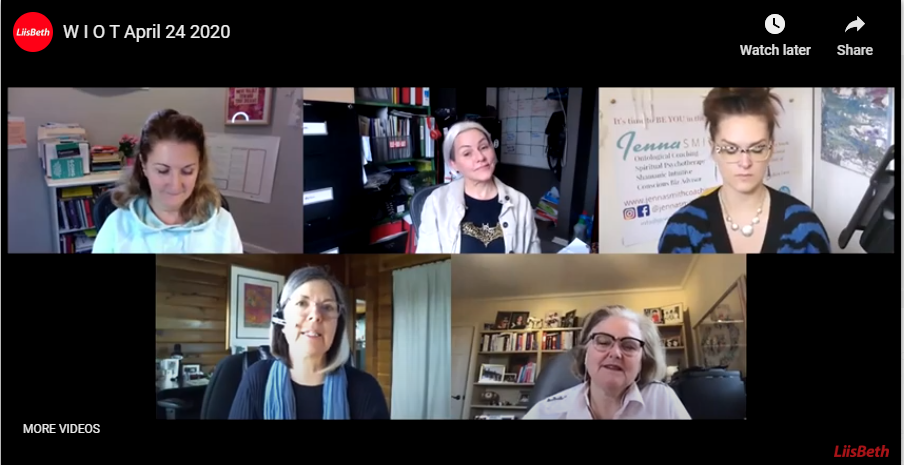 FEC’ers in the FEC (Feminist Enterprise Commons) Will you join us?

The Feminist Enterprise Commons, launched in January as a way to connect LiisBeth readers and stakeholders.

The Commons currently has 80+ members who have collectively generated over 6000 posts and messages. Apparently, we have a lot to talk about!

The FEC is grassroots. It’s about sharing experiences, learning, refining works in progress in a safe space, and creating opportunities for feminist entrepreneurs and innovators. And best of all–it’s NOT FACEBOOK. That means no algorithms, no ads, and no surveillance.

Check out the FEC here. As a newsletter subscriber, we offer you not only two months–but THREE months free! 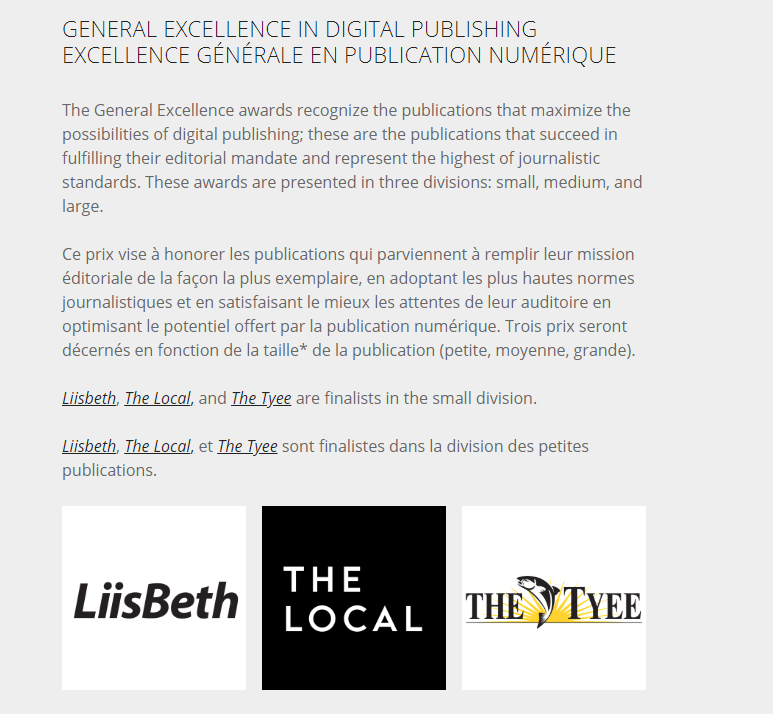 We have good news to share!  LiisBeth has been nominated as a finalist for General Excellence in Digital Publishing by the Canadian Digital Publishing Awards organization!  We could not be more proud of our amazing core editorial team (Margaret Webb, Lana Pesch, Mai Nuygen, and Champagne Thomson) plus our over 40 contributors, supporters and our amazing volunteer advisory board.

We are feeling great about being recognized alongside all the other amazing publications nominated! We need more indie media in these times.

We will keep you posted on the final outcome. 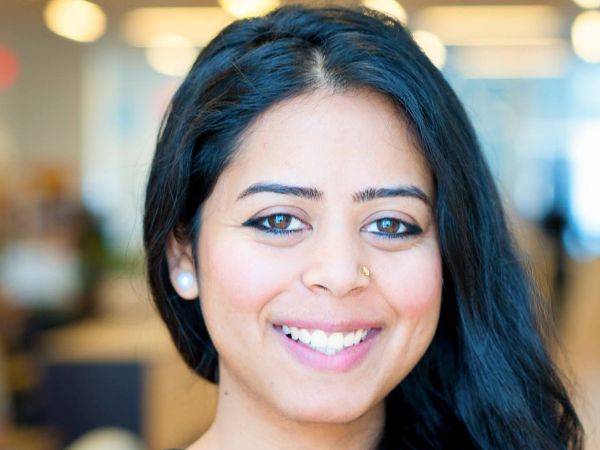 WHAT ARE THE “NEW NORMALS”?

Later this month, watch for our feature interview with Singh and her perspective on the pandemic from her home in Bangkiok, Thailand. 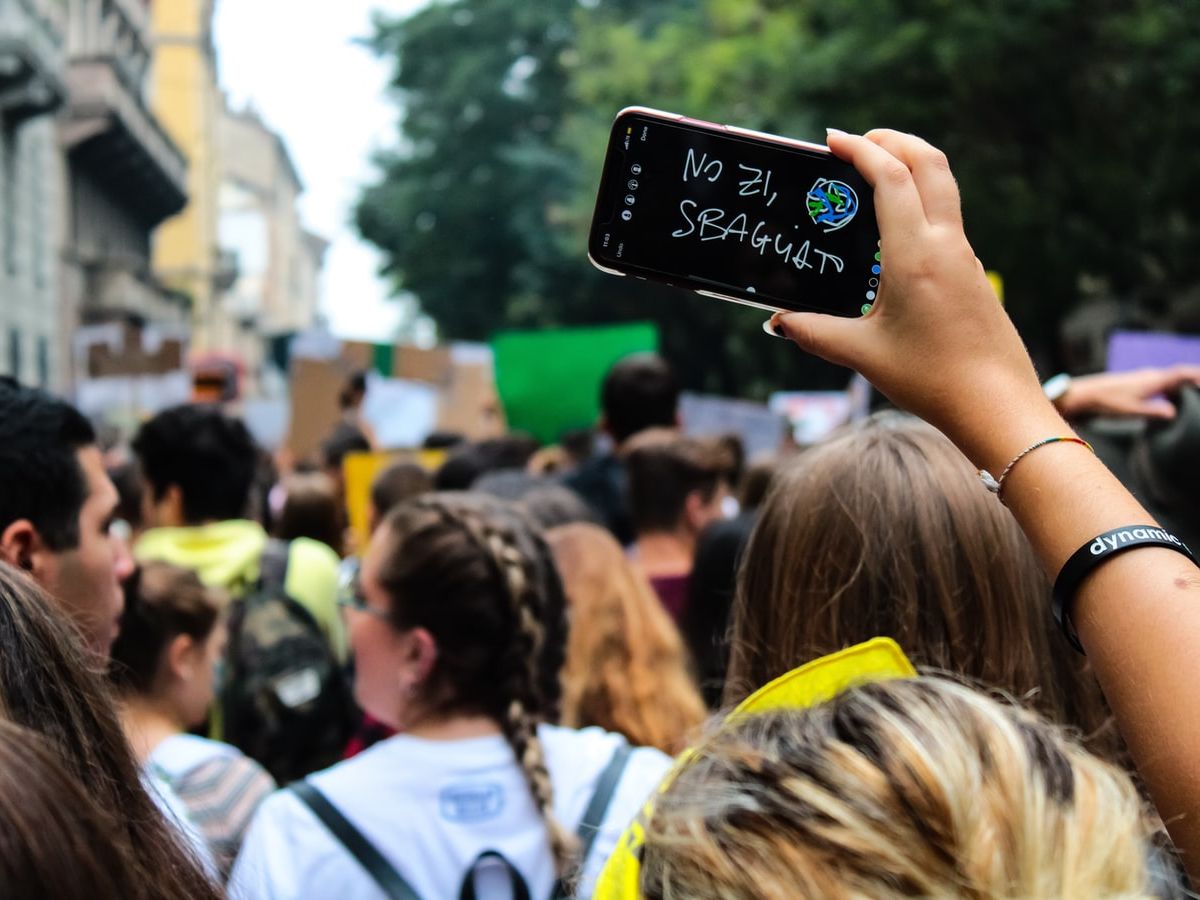 DIGITAL ACTIVISM. DOES IT WORK?

If you are interested in exploring other digital activist tools and ideas, This Digital Activism and Non-Violent Conflict research paper (2013) serves as a terrific backgrounder.

The paper provides answers to questions like “What are the key international trends in non-violent digital activism and how has this phenomenon changed over time? How do we define digital activism success and what  contextual factors correlate with this success? How can we define the democratic and peace-building effects of digital activism?” 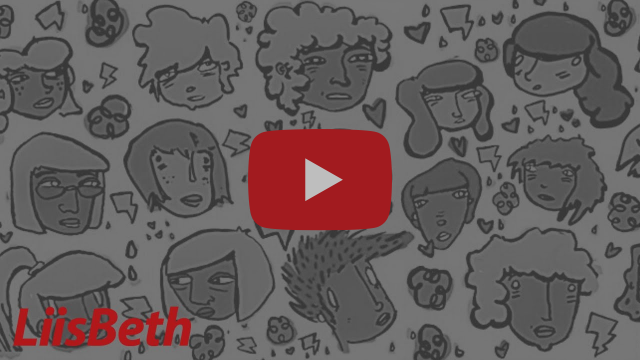 It’s hard to get our message across as an advocate or activist when we are quarantined–or is it? Check out how you can use Zoom backgrounds to advance your purpose and causes you care about.

ZOOM BACKGROUNDS — A WAY TO EXPRESS YOUR PERSONALITY AND DRIVE SOCIAL CHANGE?

In this video, PK Mutch shares an idea about how to leverage Zoom backgrounds to advance your message or cause! 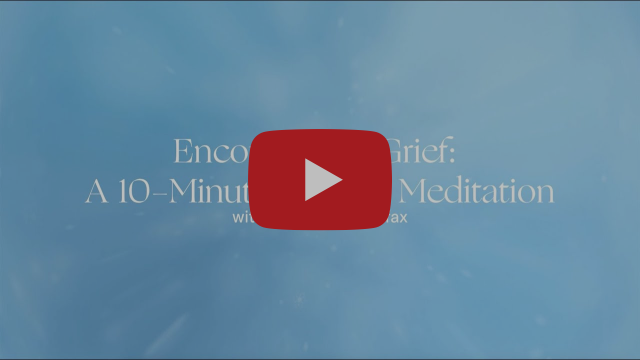 Roshi Joan Halifax is a zen abbot and medical anthropologist.
This meditation is featured in the episode “Finding Buoyancy Amidst Despair” of the podcast OnBeing with Krista Tippett.

We don’t need to explain why we’re including a meditation on grief this month. Try and find 10 minutes to sit, listen, and breathe.

Roshi Joan Halifax is a zen abbot and medical anthropologist. She is the founding abbot of Upaya Zen Center in Santa Fe, New Mexico. In this guided meditation, she shares nourishing wisdom as we face suffering in the world, helping us to find the inner resources to carry our own grief and sadness and that of others.

Another timely gem from from OnBeing is Krista Tippett’s Living the Questions segment. Listen to her 10-minute response to: How can I find my footing in a shifting world?

Lastly, Falling Together is a conversation between Rebecca Solnit and Krista Tippett. In this moment of global crisis, we’re returning to the conversations we’re longing to hear again and finding useful right now. A singular writer and thinker, Solnit celebrates the unpredictable and incalculable events that so often redeem our lives, both solitary and public. She searches for the hidden, transformative histories inside and after events we chronicle as disasters in places like post-Hurricane Katrina New Orleans.” (Source: OnBeing.org) 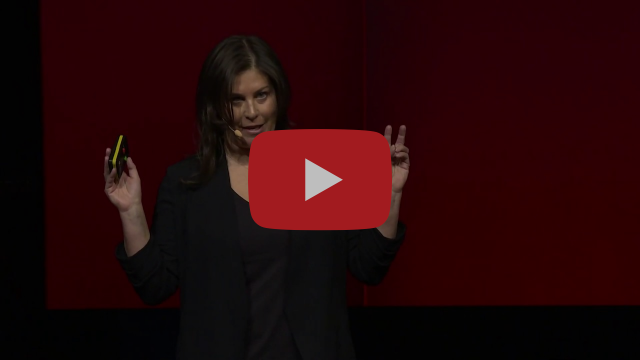 LOVERS IN A DANGEROUS TIME

It’s a page from the ancient Greek comedy, Lysistrata, where all the women go on a sex strike to stop a war.

Fast forward 2,400 years and meet Detroit-based artist Sarey Ruden. After years of online dating disasters, Ruden created Sareytales, a collection of art and designs inspired by the creepy, cruel and misogynistic messages she received during her online dating journey. 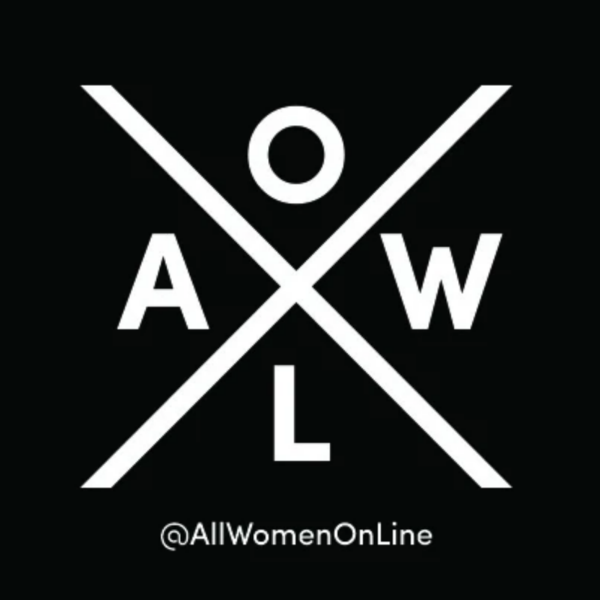 Earlier this year, Ruden launched AWOL: All Women On Line — A Week-Long Protest to Raise Awareness to Gender-Based Dating App Injustice and Abuse.

She is asking all women who use online dating platforms to go silent for one week starting May 9, 2020.

Why May 9? In 1960, this is when the FDA approved the first commercially available birth control, liberating woman to decide when, or if, they want children. 60 years later though, we still face oppression in all aspects of our lives. Online dating is at the cross-hairs of this cyber-violence and gender-based abuse, and this blatant disregard for our safety is a human rights violation. 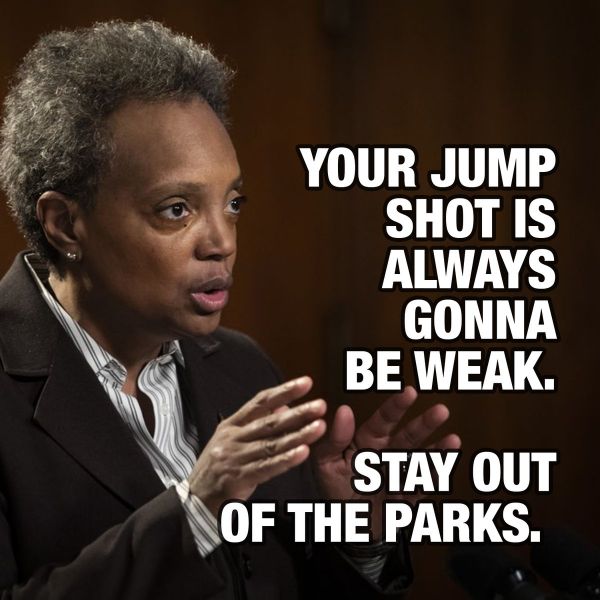 Let’s face it, global leadership needs work. And even though Elizabeth Warren dropped out of the US election this year, there are some strong women providing guidance, insight, and support to get us through this pandemic.

Young girls are watching this story unfold along with the rest of us and they need to see that leadership roles in  STEM are real possibilities for their future. If you can’t see it, you can’t be it.

Meanwhile, in Chicago…Bil Browning, Editor-In-Chief of LGBTQ Nation, identified a beacon of hope and humour helping them through the crisis.

Browning writes “Chicago mayor Lori Lightfoot has become the new face of the ongoing coronavirus pandemic for her stern no-nonsense attitude. Memes of the mayor chastising crowds have swept the internet after she confirmed that she had personally driven around last week telling people gathered outside to social distance or go home.”

Check out the full article to see more impactful and entertaining images that have been circulating on social media. 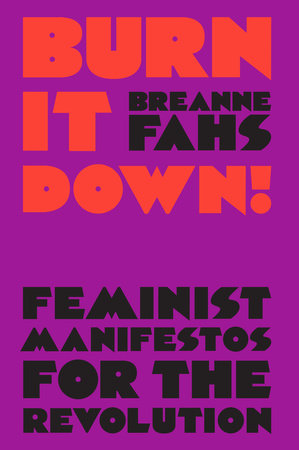 In this landmark collection spanning three centuries and four waves of feminist activism and writing, Burn It Down! is a testament to what is possible when women are driven to the edge. The manifesto—raging and wanting, quarreling and provoking—has always played a central role in feminism, and it’s the angry, brash feminism we need now.

Collecting over seventy-five manifestos from around the world, Burn It Down! is a rallying cry and a call to action.

Among this confrontational sisterhood, you’ll find

• “Dyke Manifesto” by the Lesbian Avengers
• “The Ax Tampax Poem Feministo” by the Bloodsisters Project
• “The Manifesto of Apocalyptic Witchcraft” by Peter Grey
• “Simone de Beauvoir’s pro-abortion Manifesto of the 343
• “Double Jeopardy: To Be Black and Female” by Frances M. Beal
• “The Futurist Manifesto of Lust” by Valentine de Saint-Point
• “Zapatista Women’s Revolutionary Laws”
• “Riot Grrrl Manifesto” by Bikini Kill
• “Anarchy and the Sex Question” by Emma Goldman

Breanne Fahs argues that we need manifestos in all their urgent rawness—their insistence that we have to act now, that we must face this, that the bleeding edge of rage and defiance ignites new and revolutionary possibilities is where new ideas are born. 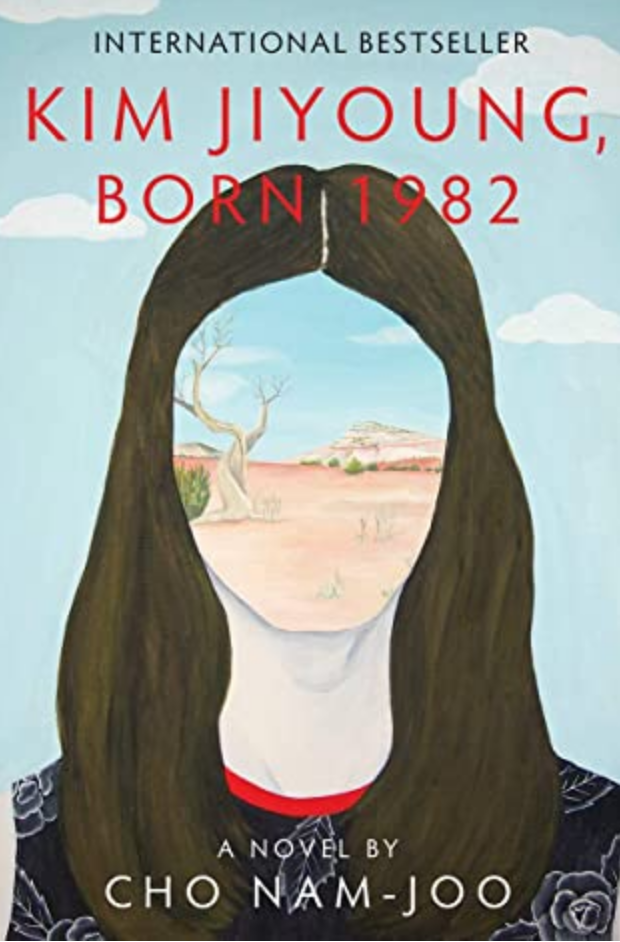 Kim Jiyoung, Born 1982 is changing the world one country at a time.

This Korean bestseller chronicles the everyday struggle of women against endemic sexism. Its provocative power springs from the same source as its total, crushing banality: in telling the story of Kim Jiyoung – whose name is the Korean equivalent of “Jane Doe” – Cho Nam-Joo’s third novel has been hailed as giving voice to the unheard everywoman.

Kim Jiyoung is a girl born to a mother whose in-laws wanted a boy.

Kim Jiyoung is a sister made to share a room while her brother gets one of his own.

Kim Jiyoung is her own woman.

Kim Jiyoung is every woman.

Sources: The Guardian and Simon & Schuster)

Just over six weeks into the pandemic, and hey, along with all the hard stuff, we have to admit there have been amazing positive outcomes and valuable learnings about ourselves and each other.

The advice out there to slow down and take care is spot on. But has been hard to follow.

I know. I’ve tried. So has everyone on the LiisBeth team. Talk is shifting towards a measured re-opening–which is, along with the arrival of spring in this part of the world, uplifting.

We hope you found some joy, hope, and direction reading this edition. It’s a relief to hear more about a measured re-opening of the economy. Getting tired of my COVID-19 hair.

We will be back with another newsletter mid-June.

With gratitude and heartfelt thanks for your continued readership, engagement, and support.

Creating informed and inspirational content to support feminist changemaking takes hundreds of hours each month. If you find value and nourishment here, please consider becoming a donor subscriber or patron at a level of your choosing. Priced between a cup of coffee or one take out salad per month.
<< PreviousHaving A Baby in Pandemic Times
Next >>Why Experimental Cities Fail