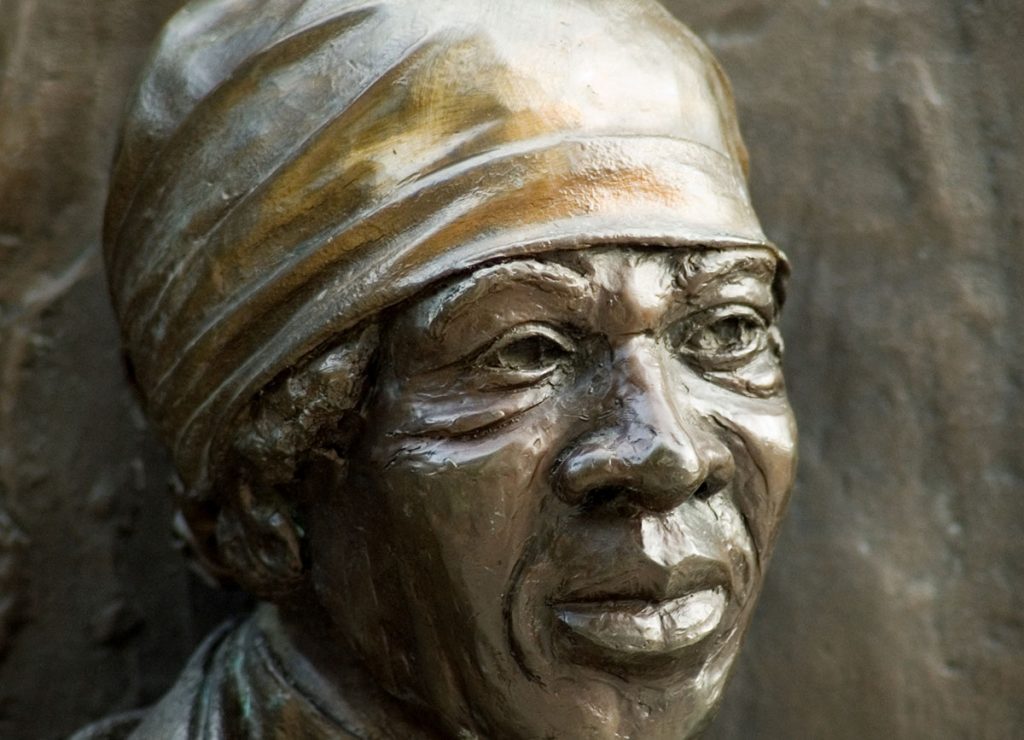 I did something really nerdy recently. I read the Emancipation Proclamation, that seminal document in US history. One thing struck me immediately. It doesn’t make “the business case” for the abolition of slavery. We know the Confederate South did – free labour kept that economy churning. But the proclamation framed abolishing slavery as a moral issue.

Today there are many forms of modern slavery: human trafficking is a profitable, multi-billion dollar criminal activity and we can add forced labour, child labour, forced marriage as forms of slavery. Do we care whether someone can make a business case for each of these conditions of human exploitation? I don’t.

While we can likely agree that slavery is wrong, women around the world are still arguing their case for gender equality. What gives? Discrimination, like slavery, is wrong. Yet woman – and some men – are twisting themselves into Gumby knots to make the business case for gender equality, to prove women have value, to justify implementing workplace policies and practices that establish benchmarks for equality and equity.

Where is Abe Lincoln, with the clarity of purpose, when you need him?

Michael Kimmel, an American academic, activist and a leading feminist author of many books on males and gender, gave an interview to The Canadian Women’s Foundation. He was asked, “How do you convince men that equality is better for them than patriarchy?” Kimmel said there were three cases to be made. The first was the rightness and fairness of it, and the third was the personal benefit for more balanced, happier relationships. But it was the second case, what he called the business case — on which he put ample focus — that got me thinking.

Kimmel said that, “equality is good for organizations, countries, and companies.” More specifically, he said, “I think the business case enables us to respond to the fear men have that gender equality is a zero-sum game: that if women win, men are going to lose. The business case makes it clear that the pie gets bigger and everybody benefits, not just women.”  Kimmel’s TED talk is worth watching.

I’ve heard the “business case” before; I’ve even made it – somewhat uncomfortably.

But why is it necessary to make a business case for equality? And especially one that panders to male insecurity and the status quo. How about focusing on the moral compass that directs us to differentiate right from wrong? Rather than reassuring men that they won’t lose anything if women gain full equality, I’m more interested in exploring how the greater participation of women throughout the economic universe impacts society as a whole.

Do women in positions of authority influence the very purpose of a business, and if so, what is the impact throughout the business and more broadly, societally? HR policies can help level the playing field, which is very important, but when women are a larger share and stronger voice at the table, does the business output look different? I’m not suggesting that women are above corruption, but if men and women worked in partnership and trust, would things truly begin to change? Would there have been the subprime debacle, or multiple Enron-scale malfeasances? Is it possible, as some research suggests, that women’s leadership and their approach to business and social organization would have an overall positive influence on capitalism writ large?

It’s impossible to answer my question because it’s highly theoretical. Thus far women haven’t founded many businesses that have grown into Fortune 500 companies and been subject to broad examination. Given the realities of business today, it’s hard to take one or two examples out of context and draw meaningful conclusions.

So I’m simply going to consider how, in a limited example, women might influence change.

Consider sex. It sells. So does violence. Both are used all the time to sell products, and we see big box office films “sell” stories that are relentlessly violent, and often sexually violent. Who is most likely to say, “Enough! There are other ways to entertain and sell products”? So far it hasn’t been the largely male advertising and studio executives. They’re making too much money for themselves and their clients. Nor will it be the worker bees. Even if they have the imagination to envision something else, they lack power. Creative directors or film directors may have brilliant ideas, but few are independent of the corporate structure, and so they are simply another commodity to be exploited by corporate capitalism. But are women indifferent to the throttle hold that sex and violence have on our society? Sexual exploitation and violence are profitable and their impact and influences on society are very far reaching. Certainly, in the case of advertising, they go farther than the products they promote. What’s the alternative?

Personally, and that makes this a study of one, I more readily recall commercials that make me laugh than I do commercials that make me feel inadequate. I’ll never look like the Calvin Klein model who is seducing the stud with his zipper open, and I will never end up in bed with either of them. I know that and don’t need to be reminded of it, but even at my age, I would like to know who makes undies that don’t ride up and are still a little sassy.

In our world, ravaged by violence, the gratuitous forms only serve to further inure us to horrors. Think the Montreal massacre, the Sandy Hook massacre, Orlando, Columbine, and 9/11. Or beyond North America, the rape of Yazidi women, Rwanda, the Holocaust, and the Inquisition. One could draw the conclusion that humans have an inexhaustible capacity for evil. So then what? I wonder if we brought women into the discussion without the pressure to conform to the       status quo, would we experience a shift in approach to business that would reflect different values? I think so, and I bet that a lot of men would be very relieved.

Could that shift be good for business—and society?

I guess it depends on whether you define business only in terms of the profit it makes, rather than its contribution to society that includes, but isn’t exclusive to profit. The degree of violence and sexualization of women from a very, very young age has not always been normalized. Both are now so entrenched that I believe we will liberate our imagination and change only when women are at the table in a role of true authority and partnership, where they’re able to express themselves with free and honest voices, and when men are willing to give up a paradigm that is inherently destructive to women—and also to themselves and society.

Easy to do? No. Men at the top will need to look deeper and realize their privilege. That privilege is about their power over others. Change means not just sharing the desk, worktable, conveyor belt, or boardroom table with women, but hearing their voices, loud and strong, as they express their ideas and vision. It means truly believing that equality is the issue of our age.

Michael Kimmel opens his TED Talk with a revealing statement: “Privilege is invisible to those who have it. …  Class, race, and gender are not about other people, they were about me.” This is true for women of privilege, just as it is for men. Our class, race, and gender have an impact on everything and everyone. Ultimately, women will only achieve full equality when we all understand and accept that equality is a moral issue, and when we have the will to recalibrate that moral compass and put it to work.

“A Q and A with Michael Kimmel” by Jessica Howard, The Canadian Women’s Foundation