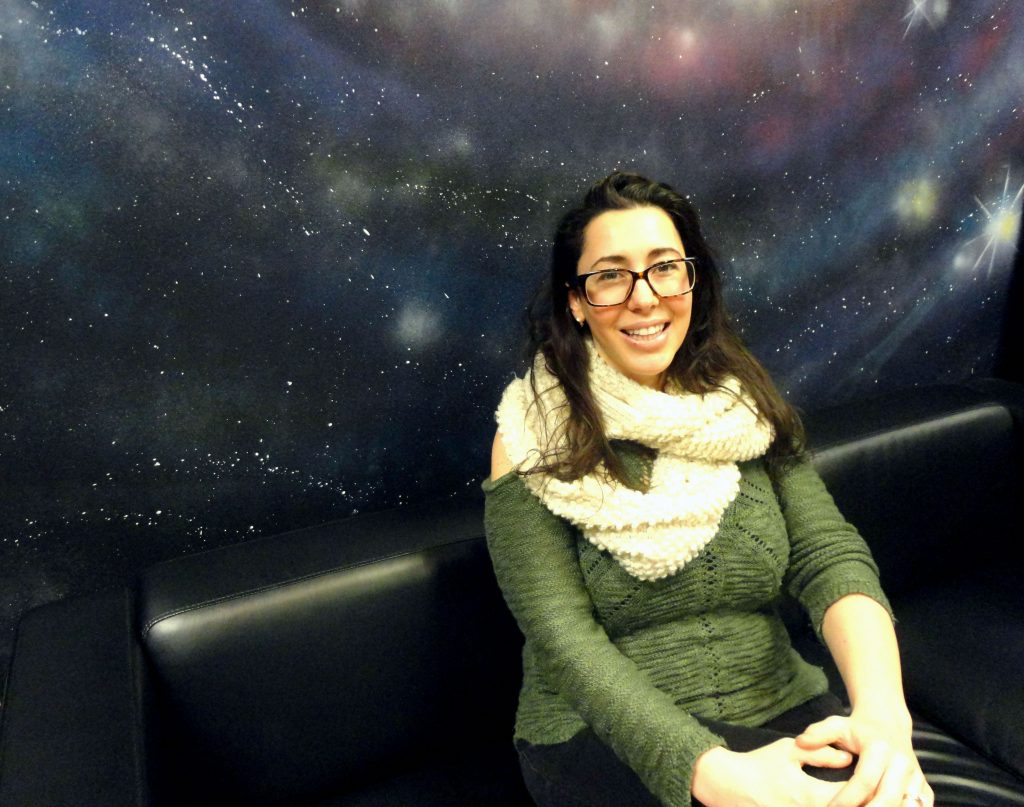 Katelyn Bourgoin’s “aha!” moment happened on a bathroom floor. Last year, she was running a business networking site for women entrepreneurs called Vendeve. Then, in a short period of time, an investor backed out, her co-founder left, and she only had enough cash to keep her company afloat for six weeks. She went out to dinner with a friend to de-stress, which led to a few bottles of wine and, later, throwing up in her bathroom and waking up on the floor crying. “All I was thinking was, ‘My business is failing. I’ve got no money. No one understands me. I’m so alone!’”

In reality, she wasn’t alone. She had a group of friends—tech founders she met at the Propel ICT accelerator program for startups in Atlantic Canada—who would know exactly what she was going through, if only she picked up the phone.

“Why did I stop talking to the people who understood my journey?” she says. “Then I thought about the other women [entrepreneurs] who don’t even have a squad to turn to. How do they deal with this stuff when they feel so alone?”

That’s when Bourgoin came up with Squads, a community that matches whip-smart women entrepreneurs with a small group so they can provide each other with laser-focused feedback on their businesses. Each squad has between ten and 20 people who talk via video conferencing for one hour every week, offering mutual support and objective criticism. Members can also hop on one of three themed calls: Hot Seat (where everyone helps one person problem-solve a specific business issue), Expert Feedback (where you can pick the brain of a subject matter expert), and Coffee Chats (for when you just need to vent).

The entrepreneurs are based all over the world but most reside in Canada, United States and Western Europe. They head businesses as diverse as executive coaching companies, holistic health practices and furniture design.

A standard membership costs $27 a month, which gives access to those three themed calls, while the premium membership of $27 a month plus a $129 one-time fee adds the weekly squad call.

Bourgoin successfully ran a beta version with 200 members last year, and is officially launching Squads this month, with a goal of reaching 300 members in this new cohort.

“It’s not easy for women to get out and network in person as often and they don’t ask for the help they need because they don’t want to impose on people,” she says. “Instead we end up Googling the answer and getting a generic one-size-fits-all solution.”

A Few Turns Lead to the Right Turn

It took several pivots before Bourgoin finally figured out that Squads was what her business networking site should have been all along.

Born in the small port town of Lunenburg, Nova Scotia, Bourgoin, who oozes an infectious energy and charisma, moved to the capital city of Halifax to study public relations at the Nova Scotia Community College and later founded two freelance PR companies. When she struggled to find other freelancers who had the skills she needed to grow her business, she came up with Swapskis, a skill-swapping service that helped entrepreneurs barter skills with one another.

When she presented the idea to men, they would say, “Why wouldn’t you sell your skills instead of swapping them for free?” To Bourgoin, the answer was obvious: Not all entrepreneurs have the money when they’re starting up. It also became clear to her that men and women entrepreneurs operated differently when it came to networking. “Our natural way of building our business is by sharing and creating value for others,” she says. “Women are less calculated in who they choose to help out.”

Bourgoin decided to make Swapskis just for women, then later changed the name to Vendeve. “It wasn’t until I made the conversation ‘women only’ that I realized how powerful that was and that we were tapping into something much bigger.”

That power, however, wasn’t obvious to the venture capitalists and angel investors she met, the majority of whom were men. Some would say she was stupid for excluding men, thereby reducing the size of her audience. Others snidely suggested that if her business fails, she could coach entrepreneurs since her pitch was so great. She even got asked how she was going to attract female investors, a microaggressive way of saying no male investor would be interested. “I get that it’s hard to get excited about a business that is never going to serve you but wow, there’s some pretty blatant sexism here,” says Bourgoin.

Despite the non-believers, Bourgoin managed to raise $350,000—$250,000 from the Nova Scotia venture capital firm Innovacorp and the rest from a handful of angel investors who believed in her passion and were very aware of the fact that women-led companies yield higher returns on investment than male-led ones according to McKinsey & Company, Catalyst, and MSCI ESG Research. “One investor even said to me, ‘Women entrepreneurs is too big a market. You have to go more niche.’ I thought, ‘Thank you! The one man that gets it!’”

A Safe Space For Everyone

Now that Bourgoin has nailed down her business vision, she can now spend more time making sure that her female-centric space is safe and inclusive. When a space is designed for women, the use of gendered language and generalizations can often make trans women and non-binary individuals (who don’t identify as male or female) feel unwelcome or excluded. Bourgoin admits that Squads’ members are overwhelmingly cisgendered women but says her platform maintains strong principles of inclusion. “We don’t want to place any strict rules on gender.”

Jessica Drury, who runs Heartlines Copywriting Studio from her home in Lindsay, Ont., joined Squads last August when she realized she had been working in a silo, with no one to bounce ideas off. When her children are at school or sleeping, she squeezes in Squad calls so she can talk to like-minded women entrepreneurs—who also happen to be her ideal client. “Before, I was in 20 different Facebook groups and I was wasting my time and energy and not getting the interaction or feedback that I really desired,” she says.

Menna Riley, a Halifax-based events manager, was also an early joiner. She says she shaves off months of mistakes every time she talks to her squad. As an example, when she told her squad she wanted to launch an annual online course to teach entrepreneurs how to plan their own events, they told her that holding a once-a-year course was not ideal for people wanting to plan an event right away. “They were right. I almost went in the wrong direction that would’ve cost me a year and a half!” she says. “They gave me straight-up feedback and never made me feel like a dummy.”

That’s exactly what Bourgoin wants Squads to offer to women entrepreneurs: no-nonsense conversations about what it takes to run a business with people who care and get it. She’s currently winding down her skill-swapping network site so she can focus on building Squads. Like any other startup, it’s hit dead ends and missteps. The company is not yet profitable and is being run by just two people, including the founder. Over the holidays, Bourgoin asked herself whether she should just pack it in.

To answer her question, Bourgoin jumped into a Squads Hot Seat herself to get the brutal truth. She asked whether Squads was helpful to the women entrepreneurs, if the price was too high, and what areas of the community could use improvement. She hung up the phone with a few ideas and fire in her belly, determined as ever to keep Squads going. “You always leave these calls feeling lit up and enthusiastic.”

Down the road, she can envision Squads turning into something much larger, perhaps even mix-gendered. But for now, the strength of Squads lies in the fact that it’s providing immense value to a concentrated group of women, including Bourgoin herself.

“There are certain kinds of conversations we can have when it’s just a group of women entrepreneurs. My mom and my husband and his mom have been an amazing support system, but I can’t sit down and talk to them about what’s going on with my email subscription model and what my email subject lines should be. They just don’t have the context for that and I was putting a lot of pressure on them to provide that support for me. Now my squad provides that for me.”

How to Pitch to Boys with Money, by Amy Kopelan

The Problem with Bro-preneurship: On Display at Montreal’s Startupfest, by Petra Kassun-Mutch