There has been heated debate in recent weeks—in the media, in university and college classrooms, around dinner tables—about whether or not the Toronto Public Library should have permitted Meghan Murphy to speak at one of its locations. For those who have not been following this story, Murphy is the founder of Feminist Current, a self-labelled radical feminist website and podcast, and an outspoken opponent of trans rights legislation.

Trans rights activists, organizations, and individuals protested her appearance at the publicly funded venue in October. Supporters of the event claimed opponents were denying Murphy’s right to freedom of speech—and the right of those who wanted to hear what she had to say. Impassioned debates ensued about whether what Murphy says and writes constitutes hate speech, as defined by Canada’s Criminal Code, or discrimination, as prohibited by the Canadian Human Rights Act (and similar provincial/territorial human rights codes).

Protestors heckling attendees who are leaving the #MeghanMurphy speaking session at the Palmerston library. pic.twitter.com/612pPMbkhh

It is time to put this divisive issue behind us and understand and accept that trans rights are human rights, as demonstrators outside the Toronto library declared. The law in Canada has recognized this; now individuals need to get on board before any more harm is done.

The law is clear: Both the Canadian Human Rights Act (CHRA) and the Criminal Code (CC) were amended in 2017 to address gender identity issues. “Gender identity and expression” are now prohibited grounds for discrimination in the CHRA. In section 318 of the CC, the definition of an “identifiable group” includes “gender identity and expression” against whom hate speech (the public communication of statements that “wilfully promote hatred against identifiable groups”) is illegal.

I am a 65-year-old feminist lawyer, a cis-woman who uses female pronouns, and have been a women’s rights activist, focused in particular on the issue of violence against women, for decades. During that time, I have seen how the issue of trans rights has torn the women’s movement apart, causing deep and long-lasting harm, first and most importantly, to trans women but, ultimately, to the equality and safety of all women.

Initially, I understood the reluctance to broaden our understanding of gender identity and expression. After all, women had fought for decades to have the public, police, courts, and governments acknowledge that male violence against women is a reality. Finding political support for services for women dealing with that violence—shelters and rape crisis centres in particular—as well as for much-needed legal reforms was (and continues to be) a battle.

What would happen to the small victories the feminist movement had achieved if we starting including transgender people? How would we analyze and understand what we had been describing as male violence against women if we acknowledged that gender was not immutable or restricted to a male/female binary construct? How would self-expression of gender impact women’s safety and access to women-only spaces? What would happen to women’s public washrooms?

Just 30 years ago, the violence against women movement struggled with another group of women whose experience of patriarchal violence did not fit our tidy analysis of violence against women: lesbians. Would an admission of woman-on-woman abuse throw our analysis out the window? Surely, including lesbians in our social justice mission would jeopardize our credibility with the systems we fought hard with to gain legitimacy. What if a lesbian staying in a shelter came on to a straight resident? What if straight residents felt threatened or uncomfortable around lesbian residents?

Those fears proved to have little or no substance. Our understanding of intimate violence grew to incorporate the reality of abuse within lesbian relationships. Services expanded to meet the needs of women fleeing same-sex violence. In today’s world, those questions sound offensive.

We should remember this when we think about the inclusion of trans women and non-binary folks in our understanding of gender-based violence.

Thanks to the courage and dedication of trans activists with the patience to teach and lead, and the openness of third-wave feminists (and many older, like me!) to listen and learn, we have made some progress.

Our definition of women has broadened to include anyone who self-identifies as a woman. Our understanding of violence against women has expanded to include violence directed at those with a broad range of gender identities and expressions. Most women’s shelters and rape crisis centres serve all those who identify as women, and they have developed policies, procedures, and training to ensure they deliver those services in a positive and supportive manner.

Yet, our learning must continue. Murphy shows us that. She focuses (regressively, I would argue) on a couple of key themes: That to expand a definition of “woman” beyond biology to include transgender will undo decades of work by feminists to advance women’s equality and address violence against women—and will make gendered spaces unsafe for women.

I challenge those themes, based on my experience working in the feminist movement.

I have not seen the loss of a single woman’s right as the result of including trans folk in our work or our understanding of who is a woman. What I have seen is a steady erosion of women’s rights in this country because of government action and inaction. Ontario Premier Doug Ford’s decision not to implement a gender-based violence plan, for example, had nothing to do with trans rights and everything to do with misogyny.

Personally, I have never felt unsafe in spaces that now include self-identified women. I use gender-inclusive washrooms, where they exist, without concern for my safety. Unlike my trans sisters, I can also use a women’s washroom without fear of being called out for being in the wrong place. In shelters and rape crisis centres, I work comfortably alongside and on behalf of self-identified women as well as cis-women.

It is trans and non-binary folks who feel and often are unsafe: When they are out on the streets in our communities; when they use a public washroom; when they seek medical services; when they board an airplane or cross the border.

Her public commentary that gender is an immutable biological fact may be the most offensive of all. To claim that a transwoman is simply a man who wants to do things that are considered female (and vice versa for transmen) is so facile a denial of reality it is difficult to know how to respond. There is no reputable science to support her assertions, and her repeated statements to this end cause deep pain and harm to the trans and non-binary people in our communities.

What, then, are we to do about the problem of Meghan Murphy? That is not easy to answer. In thinking about whether to write this article, I wondered if it might be better to remain silent. Would I draw more attention to Murphy’s hateful views by critiquing them? Where do her public pronouncements fit on the spectrum of free speech/hate speech? Are her ideas simply ones many of us don’t agree with? Or are those ideas so harmful she should be required to keep them to herself? Should public venues such as libraries allow her to speak in their spaces? Or does allowing her that platform infringe on the rights of trans folks?

Ultimately, I decided that what Murphy says and writes cannot sit in the public arena without being critiqued. And that it is important for cis-women who have been part of the feminist movement to be among those critiquing. I certainly don’t want her claims to be a feminist go unchallenged.

My own belief, as a cis-woman feminist, is that Murphy’s opinions are hate-filled and hateful. Her denial of the reality of transgender identities—and the way she expresses that denial—causes what must be unbelievable pain for those whose gender identity or expression is trans or non-binary. Her opinions encourage fear among those who believe them. Fear is only a step away from hatred, and hatred only a step away from violence. I would happily never read or listen to anything she has to say again. And I don’t think she should be invited into public spaces; to give a platform to her opinions invalidates the experiences of trans people.

My belief, as a lawyer, is that her words offend both the Canadian Human Rights Code and the hate speech provisions of the Criminal Code. Someone could bring a complaint against Murphy under the CHRC or go the police with evidence to support criminal charges being laid. Such action would be entirely justified and we would need to support it, both individually and collectively.

But, I also think it is important that we not be limited by legal responses to transphobia. The criminal law is a blunt instrument at best. It does not foster dialogue, which is surely what is needed here. The adversarial atmosphere of a courtroom makes it difficult for people to admit to wrongdoing and change their position. Criminal proceedings often do harm even when they mean to do good.

I suggest we consider a restorative justice approach to ending transphobia, an approach that would allow us to repair the harm done while also educating ourselves as to how we can progress to building communities that are transphobia-free. And a future in which people of all gender identities and expressions can participate fully and safely without fear of exclusion. After all, shouldn’t that be our ultimate goal? 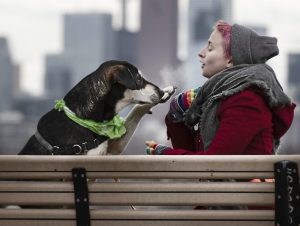