Decolonizing our hearts, how we commemorate our history and the story behind Stonewall

Reflections on the History and Birth of Two Nations 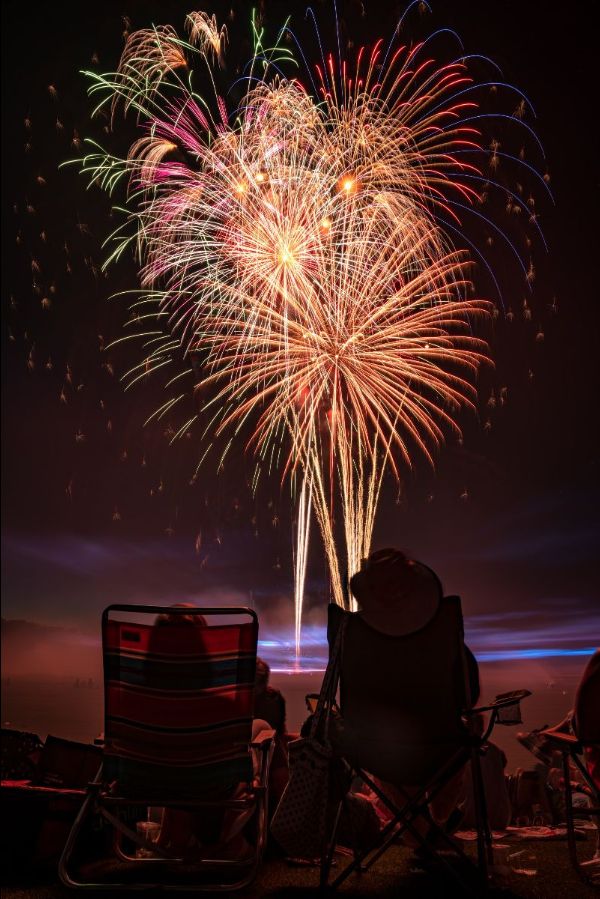 If there is one thing June has taught us, it’s that we have a lot of work to do. And as we begin July, we’re using Canada Day and U.S. Independence Day to think about what that work really looks like—recognizing our Indigenous history, moving from calling ourselves allies to really becoming better allies, rethinking “revolutionary” change, and remembering our Missing and Murdered Indigenous Women and Girls—are some of them.

The history of a nation is the history of its people, and we’re taking this moment to share stories by and of ordinary people who have propelled the conversation forward, and have contributed to the extraordinary change we’re seeking as a society.

In the words of writer and critic Zadie Smith, “progress is never permanent, will always be threatened, must be redoubled, restated and reimagined if it is to survive.” 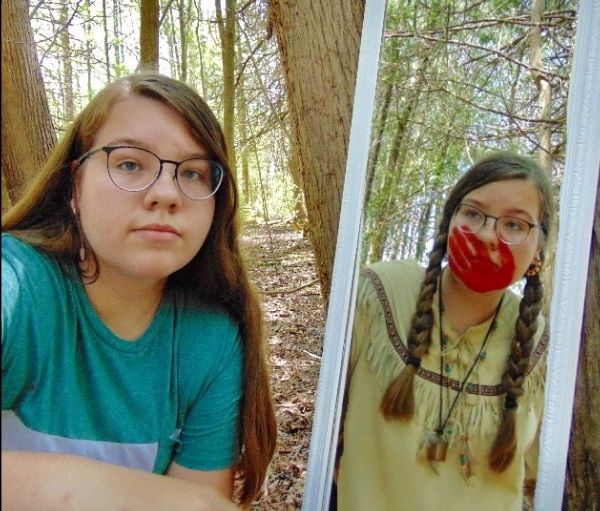 REMEMBERING OUR MISSING AND MURDERED INDIGENOUS WOMEN AND GIRLS

June 3 was the first anniversary of the national inquiry into Missing and Murdered Indigenous Women and Girls (MMIWG). On Canada Day, we share 14-year-old Charlotte Snake’s photography as a way of keeping the conversation alive. Read it here.

REFLECTING ON AND RETHINKING SOME OF OUR PREVIOUS WORK 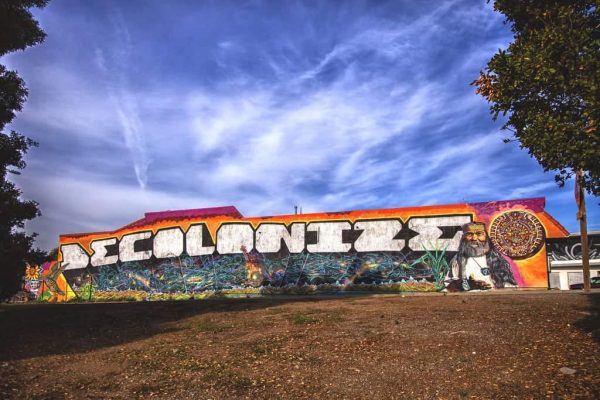 Looking back on North America and its power structures, and unlearning principles we may take for granted. Read about Carmelle Wolfson’s experience here. 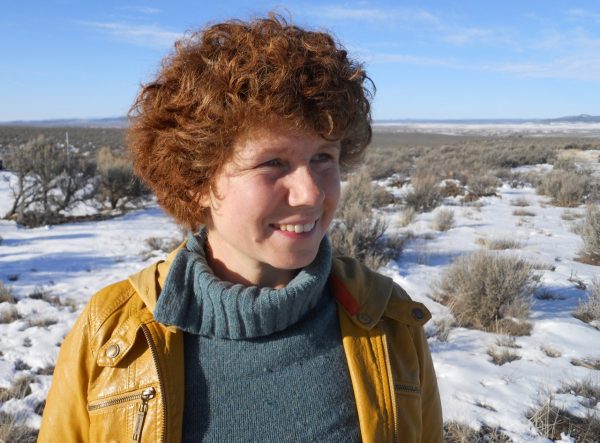 SOLUTIONARY IDEAS FROM A LOVE-BASED REVOLUTIONARY

Revisiting our 2018 interview with Rivera Sun, a changemaker, a cultural creative, protest novelist, pragmatic strategist and campaign designer for social change movements on what “revolutionary” change looks like. Read it here. 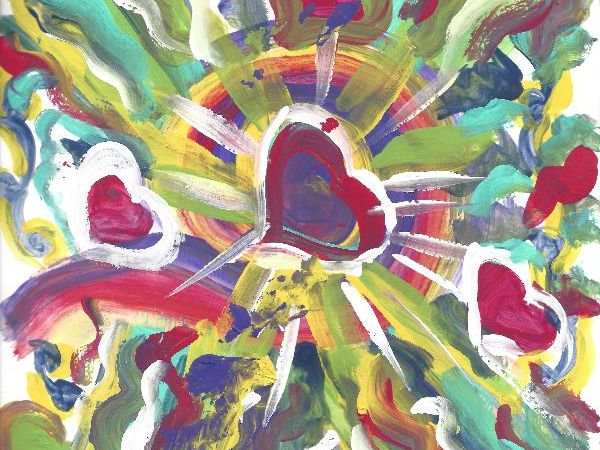 WHAT WE ARE TALKING ABOUT WHEN WE TALK ABOUT WHITE PRIVILEGE
Themes from the 2018 White Privilege conference in Toronto—read Golnaz Golnaraghi’s reflections from the event here. 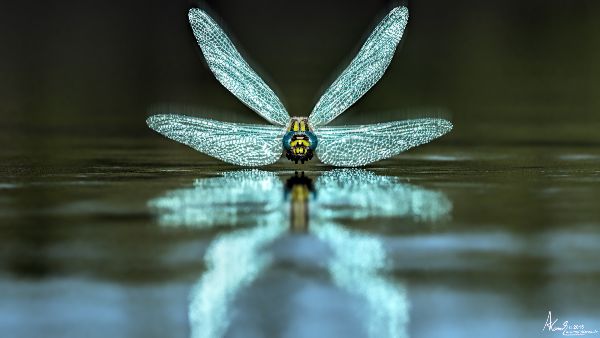 We asked our Feminist Enterprise Community (FEC) members from Canada and the U.S. to tell us how how they were thinking about Canada Day and/or Independence Day this year. Here is a small sample of the many thoughts that members were shared:

“I don’t have any suggestions at this time. My country has rendered me speechless for the moment.” —Rivera Sun, novelist and peace activist, New Mexico, USA

“If I’ve learned anything in 2020, it’s that we can all do better. I’d love to wag a finger at our history, but I’m not sure I’m in any position to do that. I’d like to take my Canada Day to hear what our Indigenous people have for ideas on how we become a truly “strong and free” country.”—Tara Hunt, Founder of Truly Social, Toronto, Canada

“I began to realize that I have allowed myself to be pulled down by all the  truly harmful events going on in the world – some for decades if not centuries. I am now on the look out for examples of collective action to affect change during the recent tsunami of events. Perhaps I will find inspiration in the success stories. Yes, there are some truly unconscionable behaviours occurring and yes these are giving rise to voices too often shuttered. I think it is time to inspire with the surprising positive outcomes. I look forward to listening to the inspirational voices from collective actions around the world.”—Kathy Porter, FEC Member,  Canada

“I’m not celebrating. I have nothing to celebrate, I have very little to take pride in, in our systems and social culture. I cannot celebrate while I still have to fear state violence against me and my children. No response to the MMIWG report shows me as an Indigenous woman and mother my family and I aren’t acknowledged or celebrated. In Manitoba and Wet’suwet’en our stewardship of the land isn’t respected. This is ‘reconciliation’ in KKKANATA circa 2020.” —Mkwa Ghiizis (Crystal Hebert) Resilient Roots Consulting

“While I am so proud to be Canadian, this year has brought forward the fact that we still have work to do and that we are not immune to the toxicity of small minds. I choose to believe that our inherent niceness as a nation will keep us on the right side of history and will be celebrating with some reflections on just how special and unique of a country we have become in such a short time.  I’ll of course wash down all that reflection with an ice cold Canadian Lager!  Cheers and Happy Canada Day everyone!”—Francesca DeCosta, Bridge Philanthropic Consulting and LiisBeth advisory board member, Toronto, Canada

“You can still light your fireworks and eat your BBQ as you celebrate a hard fought victory over the British. But at the end of the day, I humbly ask you to conclude your celebrations with the following prayer; May God have mercy on the United States of America and give us the courage necessary to create a common memory.”— FEC member D. Antoine shared this quote from an article (USA)

OTHER THINGS WE’RE THINKING ABOUT TODAY 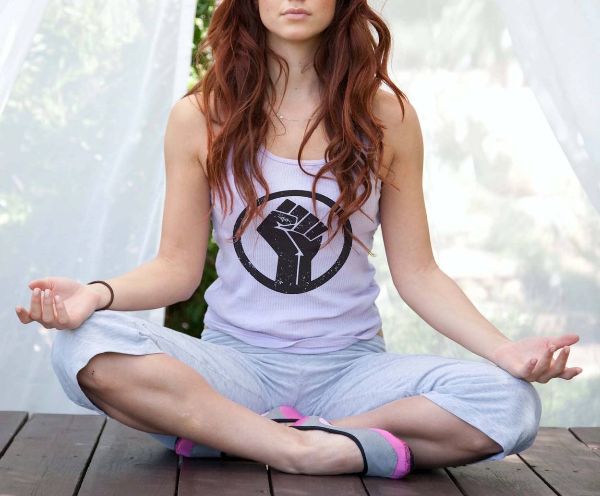 WHY SOCIAL JUSTICE FEELS LIKE SELF-HELP TO PRIVILEGED WOMEN

In Why Social Justice Feels Like Self-help to Privileged Women, Kat Rosenfield writes about how social justice—often used as a marketing strategy—”is best achieved through endless self-interrogation.”

Urging us to rethink the difference between urgent, immediate and effective change, Rosenfield adds that “for those whose activism begins and ends with hashtags and book clubs, the narcissism is undeniable, and arguably even part of the appeal.” 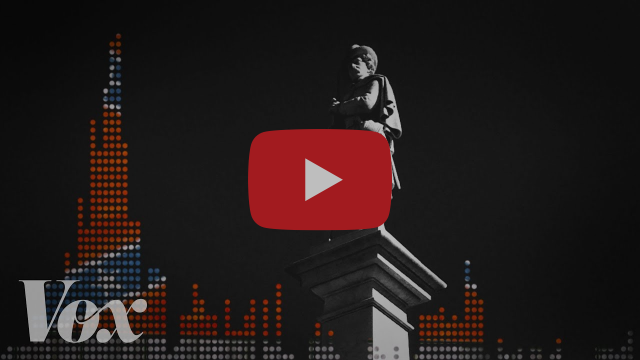 Why are confederate monuments in the States problematic? 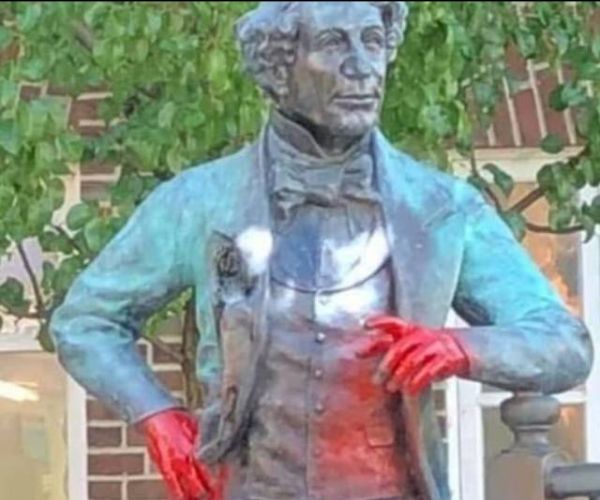 Prince Edward County (Ontario, Canada)  Provincial Police is investigating after someone spray-painted red paint on the statue of Sir John A. MacDonald in downtown Picton during the early hours on Monday June 29.

HOW WE COMMEMORATE OUR HISTORY

Looking ahead to the 4th of July, recognizing the violence and racism behind Confederation in America, and adding to the ongoing conversations about taking down racist statutes, we’re throwing it back to this 2017 video by Vox looking at the upwards of 1,500 monuments constructed between civil war and today.

The central questions: Are these monuments meant to commemorate the racial tension underlying the confederacy’s secession? Or are they meant to serve as a simple marker of American history?

And no, this conversation is not just happening in the United States. Canadians are also grappling with it’s violent histories.

In Picton, a Upper Canada, Loyalist settler town of approximately 5,000 residents the sits at the heart of  Prince Edward County, Ontario, you will find a community divided.

After almost a decade of fundraising, promoters finally got their bronze statue of J. A MacDonald created.  The hope was that it would ultimately attract tourists (Read: Money). Picton is the place where Canada’s first Prime Minister practiced law in a courthouse and jail that still stands.  However, John A. McDonald was also a proud racist and advocate for slavery. He was the architect of the Indian Act and many brutal acts towards Indigenous peoples including the establishment of residential schools. Not to mention a disorderly drunk in stressful times—like presiding over a war.  He ruled for 47 years.  His unacceptable conduct was explained away in history accounts extolling his virtues with the classic patriarchal excuse “boys will be boys.”

Prince Edward County’s website encourages tourists to take a picture next to the life-size statue which holds court on Main Street just outside of the Picton Library, and enjoy a trail with 14 interpretive panels learning about his work.  On June 29, Sir John A’s hands were painted red by those who object to the statue and the legacy it represents.

The Tyendinega Mohawk reserve, with 14,000+ residents is right next door to Prince Edward County, the two lands are connected by a bridge.

While many dismiss the conflict, we think we will  spend our money elsewhere; Take a pass on visiting Picton again until the town makes a decision in concert with Tyendinega leaders and residents have been meaningfully consulted and approve of any solution. There are plenty of other places to go to enjoy and support.

This Timeline Shows Confederate Monuments are about Racial Conflict looks at the history behind the monuments that commemorate our history. 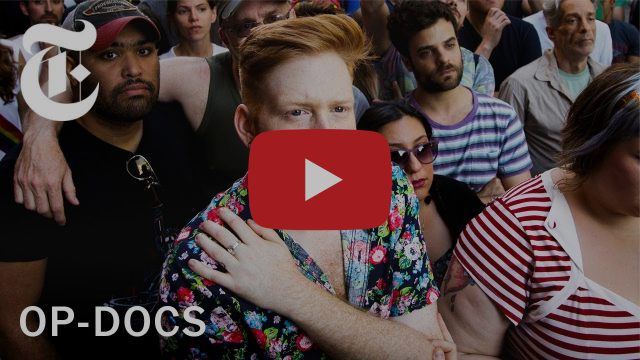 What were the Stonewall riots and why are they an important part of LGBTQ2+ history?

THE STORY BEHIND STONEWALL

series of spontaneous, violent demonstrations in response to a police raid that took place from June 28 – July 3 1969, the Stonewall riots represent the joy, anger, pain and power of the LGBTQ2+ community.

In this documentary by the New York Times, we look at the historical event which galvanized a half-century of activism and agitation for LGBTQ2+ rights and made Stonewall a recurring stage for public protest, grieving and celebration.

Sadly, media outlets—even indie media upstarts—are still predominantly led by white men. It’s time for womxn to support the growth and development of womxn-led media—that is if we want history to be understood from more than one point of view. Are you in?

That’s it for our Canada Day and United States’ Independence Day special edition newsletter and refresh.

Our aim with this edition was to both honour all that is good and invite you to consider what histories can teach us, and how it can inform our future.

One thing is for sure, the fact that we are talking about racism, anti-Black racism, sexism and genocide at national levels and on main streets like it truly matters  is a good sign that times are changing—perhaps this time in permanent ways. 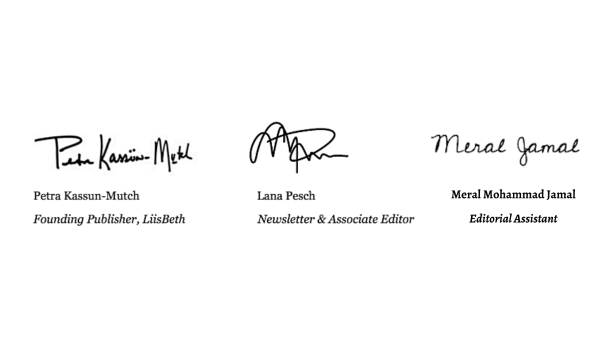 Creating informed and inspirational content to support feminist changemaking takes hundreds of hours each month. If you find value and nourishment here, please consider becoming a donor subscriber or patron at a level of your choosing. Priced between a cup of coffee or one take out salad per month.
<< PreviousRemembering our Missing and Murdered Indigenous Women and Girls
Next >>LIISBETH DISPTACH #46