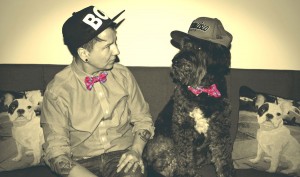 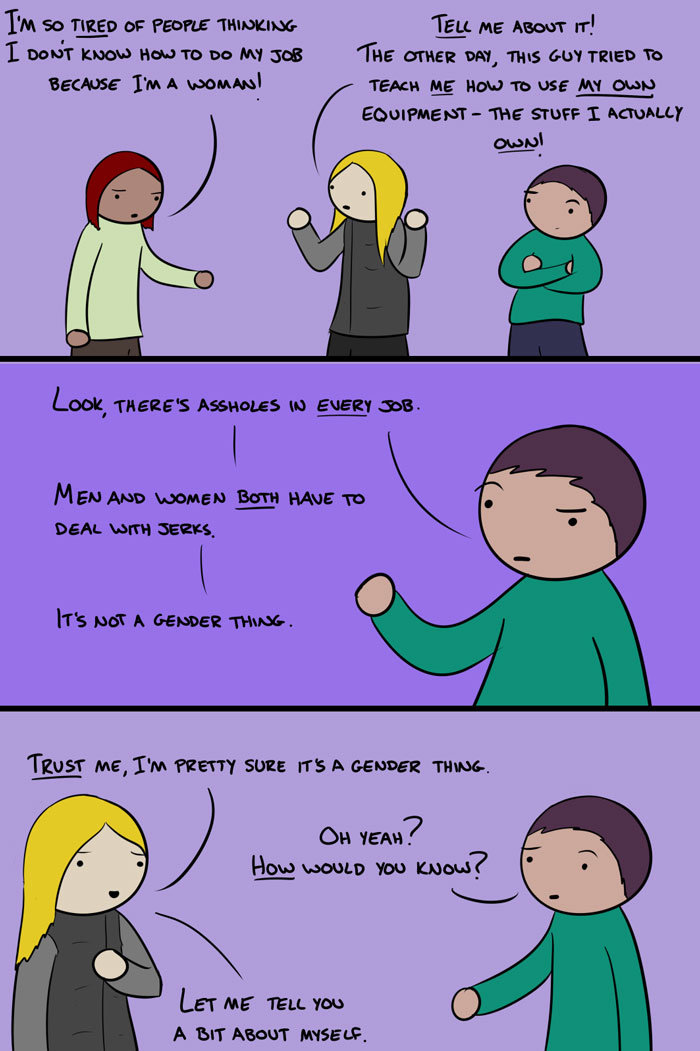 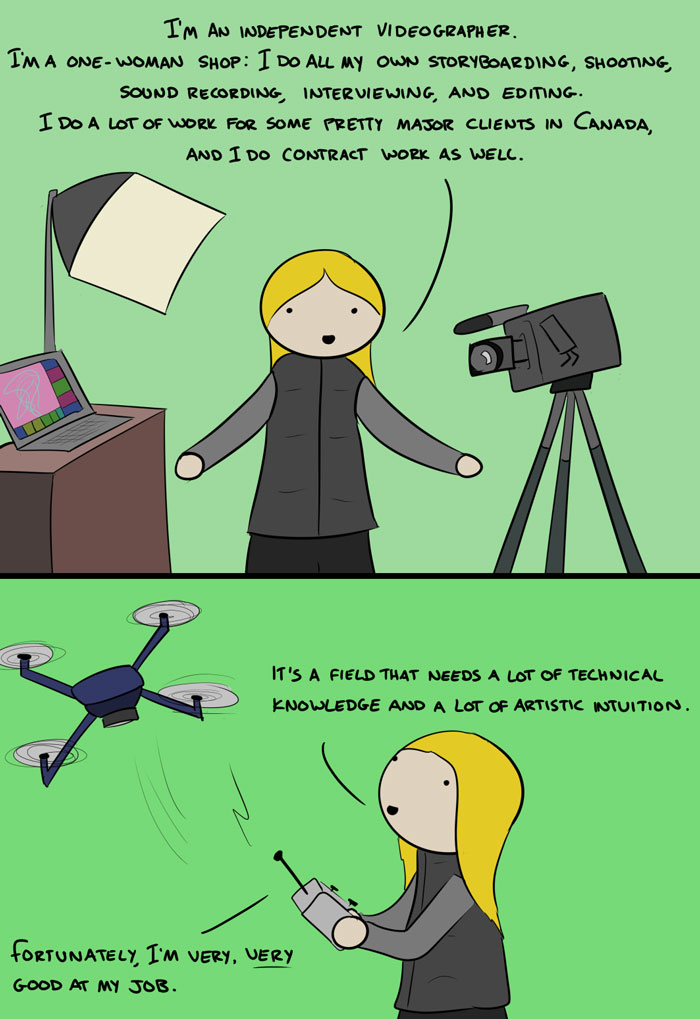 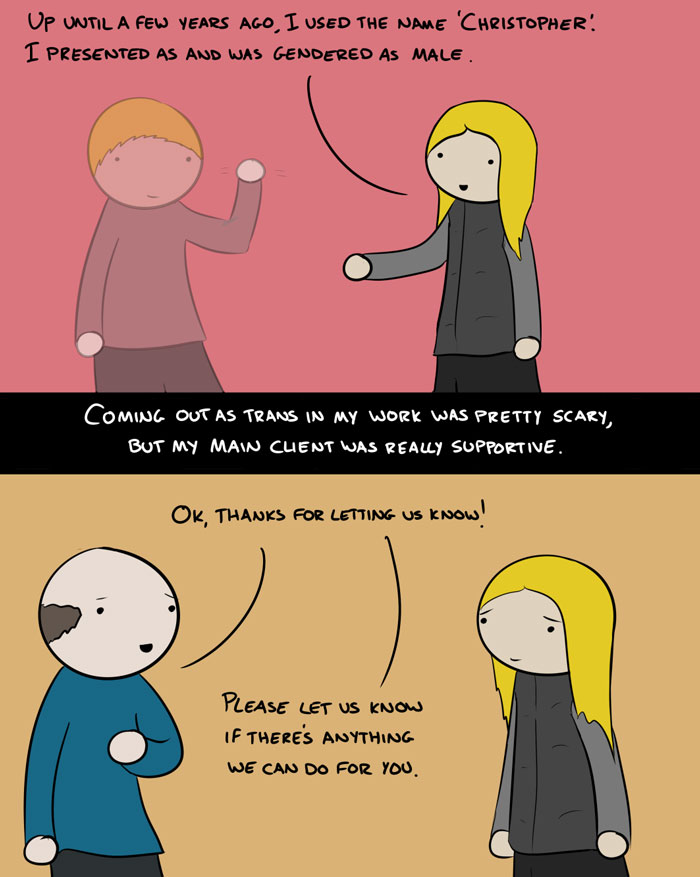 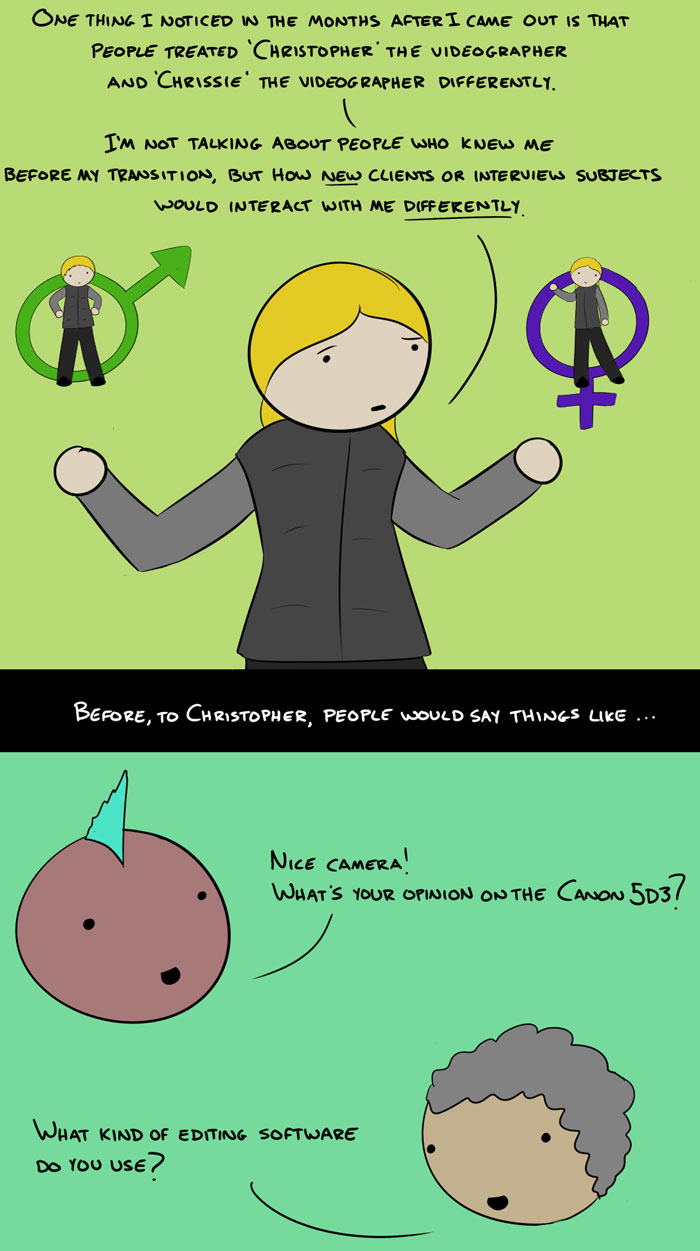 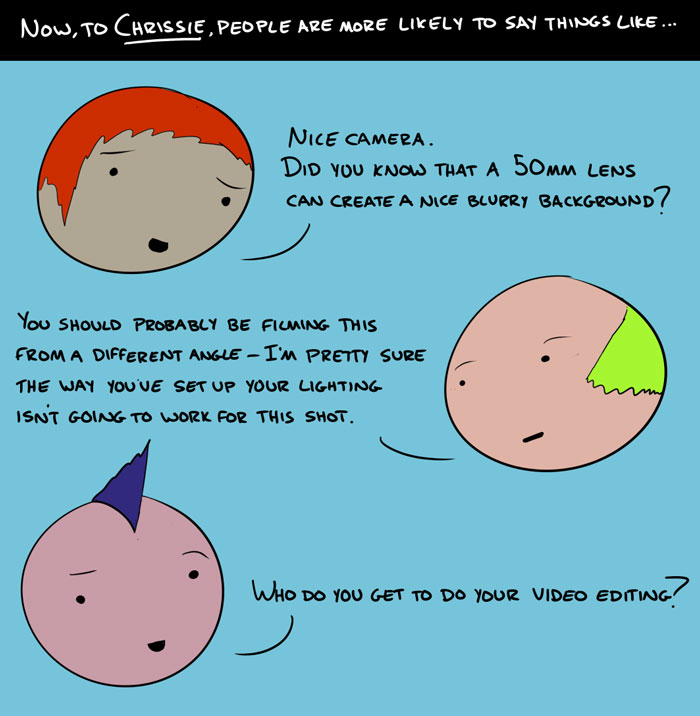 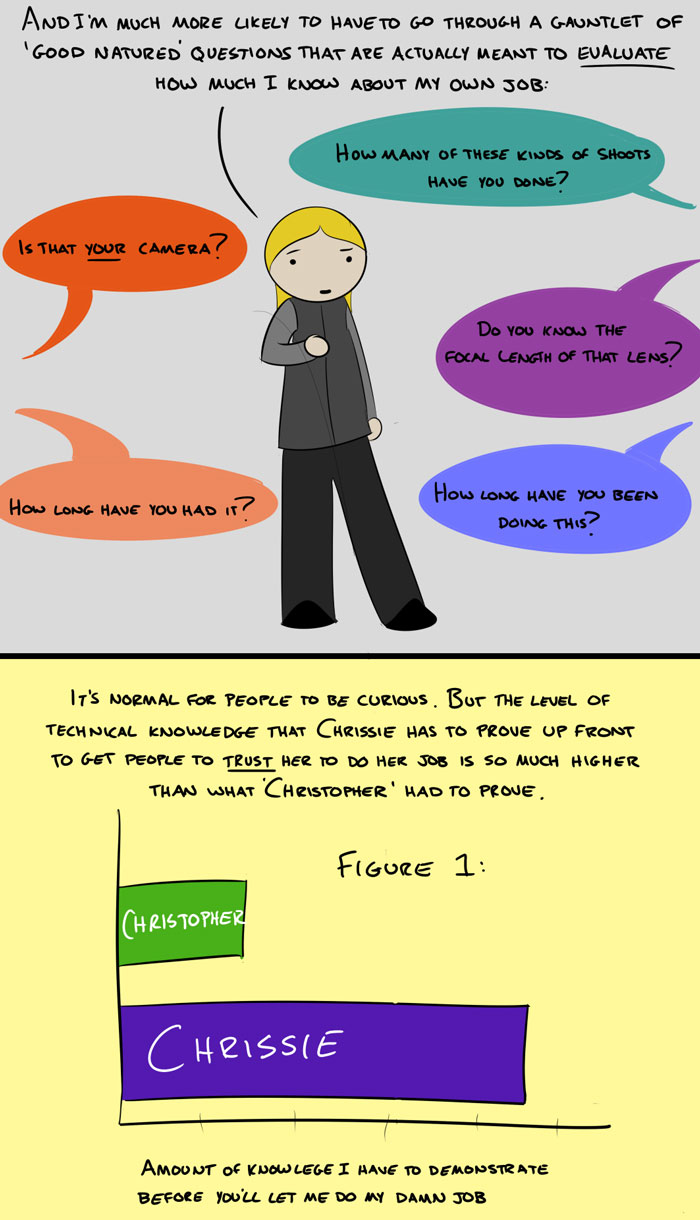 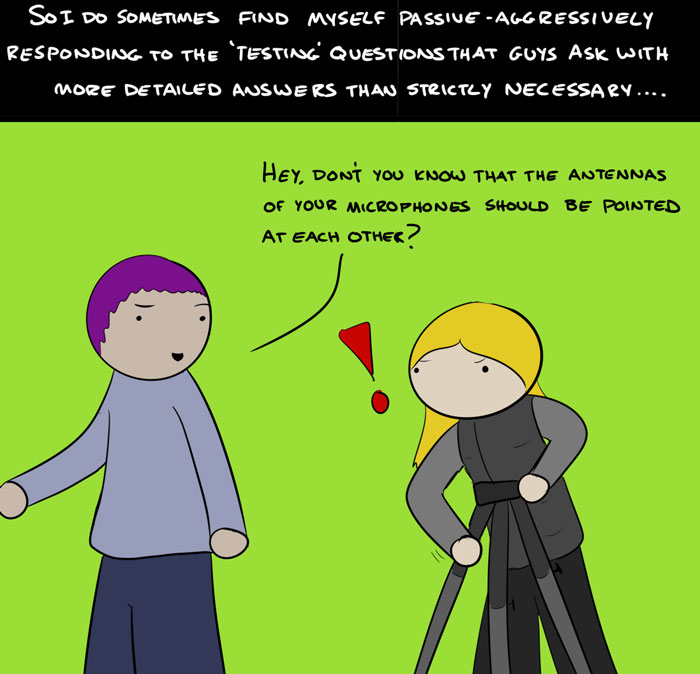 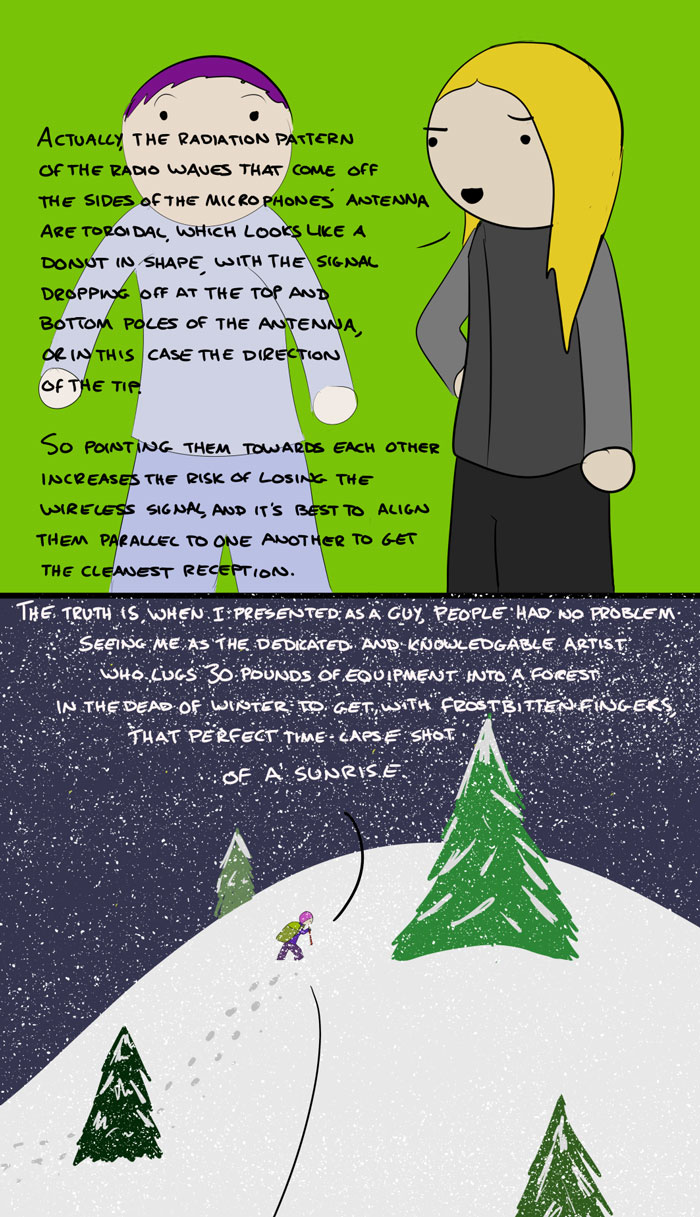 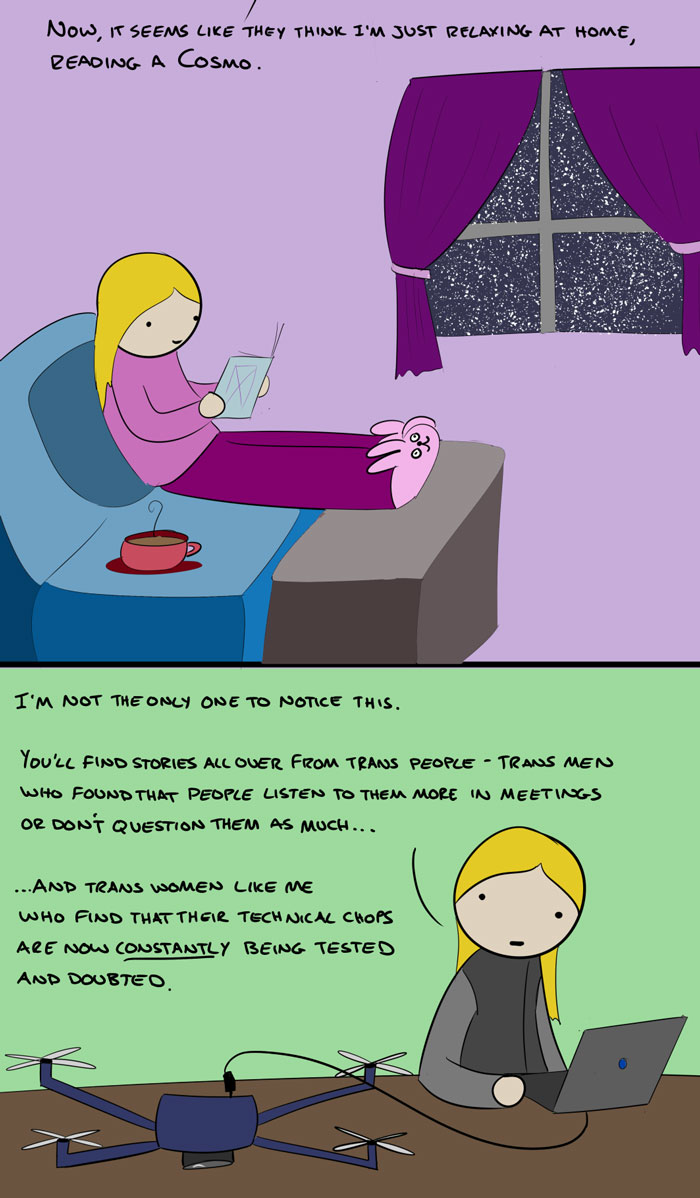 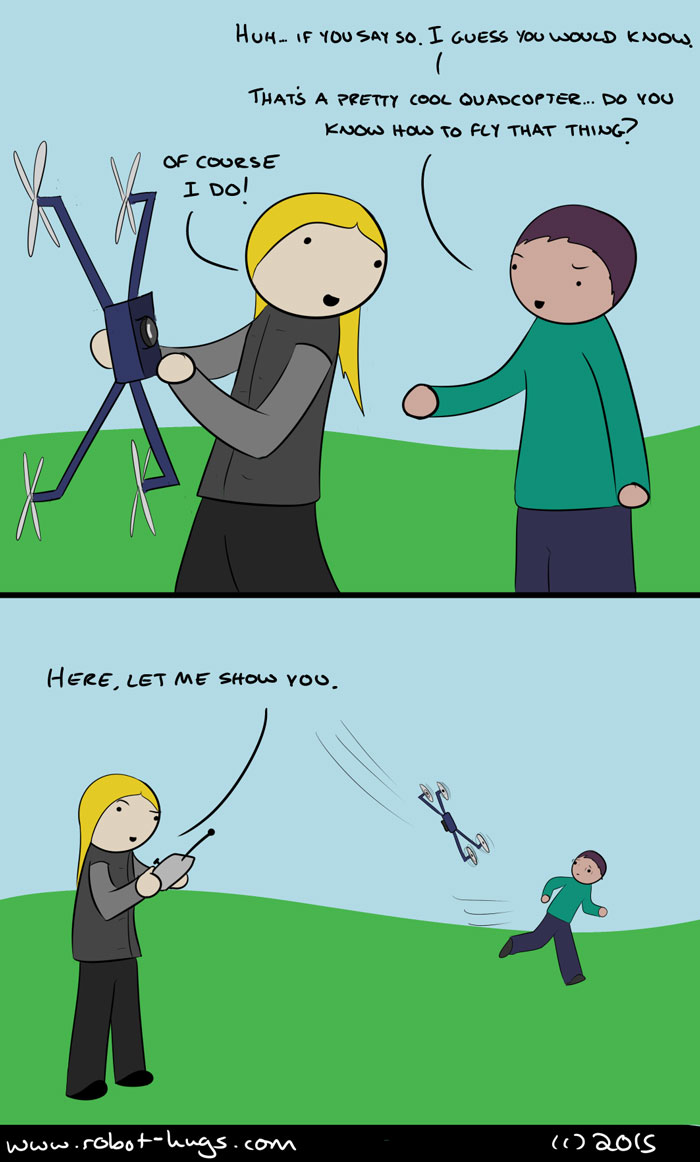 Robot Hugs is a webcomic based out of Toronto. The artist is identifies as a non-binary genderqueer peoplequeer mentally ill non-monogamous kinky critical feminist robot. They were always impressed by the creative work of their friend Chrissie who told them that since she came out as a woman she would find men persistently trying to direct her in her work which led to blended feelings of frustration, sadness, and lack of surprise.

Robot Hugs had this to say about Chrissie’s story:

When we talk about the differences in how men and women are treated professionally, especially in technical fields, we are often dismissed with ‘everyone has to deal with that’, or ‘women need to demonstrate more confidence with their skills’, or ‘they’re just trying to be helpful’, or ‘it’s all in your head’.

It’s frustrating when we know something like this is happening, but we spend so much of our time actually trying to get people to believe that it’s a real phenomenon. I find narratives like Chrissie’s validating in that she has a comparative set of experiences and is like ‘oh yeah, people totally think I’m less competent at my job now. it’s totally a thing’.  So, can guys just believe us already and get on helping it not happen? source robot-hugs.com

If you like discussion of identity, gender, and sexuality make sure to check out Robot Hugs’ website for  updated comics every Tuesday and Thursday.